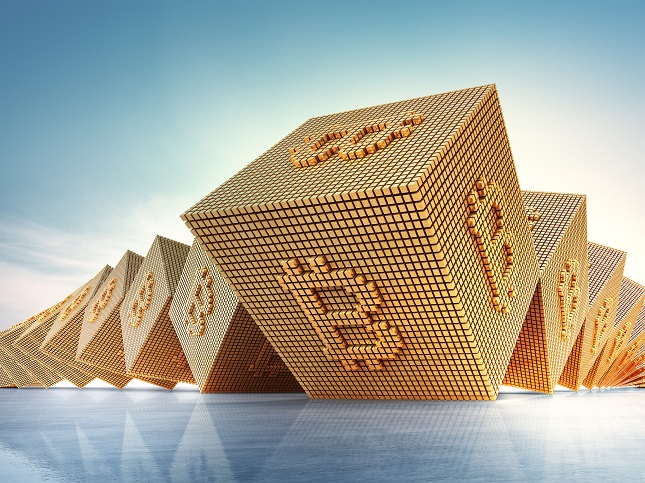 Unable to show growth confidently above $5,300, Bitcoin turned to decline on Thursday. Nevertheless, the current dynamics is more like a cautious profit taking, since cryptocurrencies are much more volatile, sometimes showing very sharp fluctuations in the direction of growth or decline. An eight percent drop of the flagship cryptocurrency from $5,400 to $4,900 fits into the definition of correction after a jump from levels near $4,100 and returns us to the levels of the end of the previous week.

However, if the technical analysis is really a driver for the currency, then you should pay attention not only to the attempts of the currency to keep close to the threshold level of $5,000 but also to another indicator. The relative strength index, RSI, has previously been a reliable impulse indicator for BTCUSD. And its decline below 70 on the daily charts is a signal of the possible further correction in addition to the market players’ frustration of the impenetrability of the $5,300 mark, where the 200-day moving average passes.

Bitcoin’s yesterday’s sale also coincided with the moving of large amounts of coins by the whales. During the day, large investors moved almost 43K bitcoins. The transactions were mainly carried out from stock exchanges to unknown wallets, or in the “exchange to exchange” mode. Market participants generally have the impression that some deep fundamental changes are taking place now, but it’s quite difficult to determine the direction, as there are no obvious changes on the surface. It is very likely that the whales have really gone deep under the water, and it is there that the future direction of the market is now forming.

Meanwhile, very disturbing news for Bitcoin came from China. It seems that a ban on ICOs and crypto exchanges is not enough for the country’s authorities, now the mining sector can also be banned. Obviously, in this case, the cost of mining will increase. On the other hand, in turn, this can be an important price growth driver. In addition, many market participants were cautiously looking at the centralization of computing power in China, and now some of their fears can be dispelled.