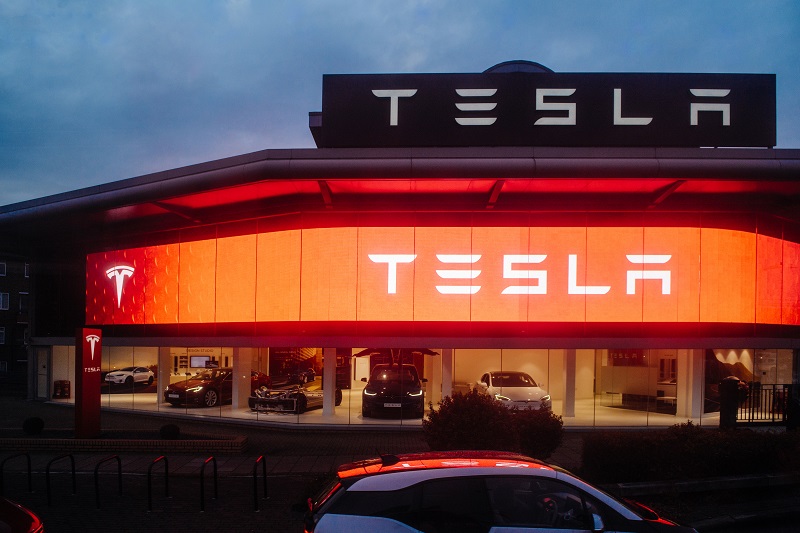 Tesla Inc. (TSLA) is trading higher by more than 8% in Wednesday’s U.S. session after announcing a 5-for-1 stock split, effective for shareholders of record at the close on August 28. The news follows Apple Inc.’s (AAPL) 4-for-1 split announcement on July 31, with both actions intended to attract a greater share of young market participants who opened commission-free broker accounts with U.S. stimulus checks earlier this year.

Splits don’t change valuation but they can be effective tools to improve sentiment after a stock has posted out-sized gains. The practice was shunned after the Internet bubble broke in 2000, with public corporations seeking institutional ownership by letting stock prices grow to triple and quadruple digits, making shares less attractive to under-capitalized traders. The introduction of speculative capital this year has shifted the paradigm once again, suggesting many high tech companies will follow suit in coming months.

Tesla CEO Elon Musk discussed the future of electric vehicles in a July 26 interview, noting “There’s two billion cars and trucks on the road in the fleet, and there’s a hundred million made per year, roughly. So this is something I often have to remind people of – even if all cars tomorrow were electric and autonomous, it would take 20 years to replace the fleet. So you’ll have this strange situation, kind of like when they had horses and automobiles going down Main Street at the same time for a few decades.”

Wall Street has grown more cautious on Tesla after the 4-month 1,400+ point rally, with a ‘Hold’ rating based upon 4 ‘Buy’, 13 ‘Hold’, and a gut-wrenching 11 ‘Sell’ recommendations. Price targets currently range from a low of just $87 to a street-high $2,400, illustrating broad-based conflict about the company’s long-term outlook. The stock is trading around $1,500 after the news, or more than $250 above the median $1,242 target.

Tesla is extremely overbought, to say the least, following an historic rally that’s driven valuation into nosebleed levels. Theoretically speaking, the company will need to post aggressive quarterly growth to support these lofty prices but, as we learned last night, Musk is willing to do what it takes to keep the faithful picking up shares. As a result, it isn’t wise to bet against the EV manufacturer, who has been crushing wave after wave of short sellers in the last 14 months.