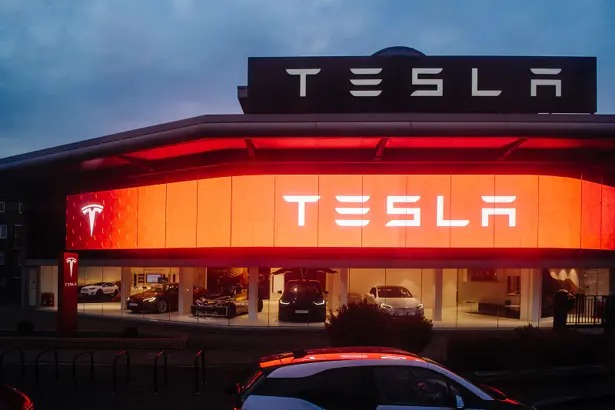 Tesla Inc. (TSLA) is trading higher by more than 1% in Monday’s pre-market following a major analyst upgrade. The stock has struggled since topping out at 900 in January despite better-than-expected production and deliveries in the first quarter, underpinned by strong Model Y demand in China. Worldwide chip shortages and forced assembly line shutdowns have contributed to the downturn and could weigh on shares through the second quarter.

In addition, the stock rallied more than 830% in 2020, setting off extreme overbought technical readings similar to 2013 and the first quarter of 2014 when it gained over 760%. Tesla posted no additional gains for the next three years, following the classic market adage that “the bigger the move, the broader the base”. Of course, it’s hard to forecast the beneficial impact to shares of the market bubble set into motion by U.S. and world stimulus since March 2020.

Canaccord Genuity analyst Jed Dorsheimer upgraded the stock to ‘Buy’ with a $1,071 target on Monday, noting “Tesla’s focus on first-principle engineering we believe will radically change the battery market, enabling the company to further the lead in BEVs and expand into the solar and home energy markets with its Powerwall products. Battery supply constraints will begin to alleviate in 2022, as the new 4680 cell design production comes online in Giga Nevada”.

Wall Street consensus has improved in the last three months, lifting to a ‘Hold’ rating based upon 13 ‘Buy’, 1 ‘Overweight’, 13 ‘Hold’, and 3 ‘Underweight’ recommendations. More importantly, six analysts still recommend shareholders close positions and move to the sidelines. Price targets currently range from a low of $67 to a Street-high $1,200 while the stock is set to open Monday’s session about $100 below the median $787 target.  This placement bodes well for a bounce off corrective lows but another breakout may not be in the cards.

Tesla rallied above June 2017 resistance at a split-adjusted 77.40 in March 2019 and tested that level successfully during the pandemic decline. It cleared February 2020 resistance in June and took off on an historic trend advance that carved a picture-perfect Elliott five-wave rally into January 2021’s all-time high at 900.40. Monthly relative strength readings have now crossed into active sell cycles, predicting the stock will remain rangebound through most or all of the year.