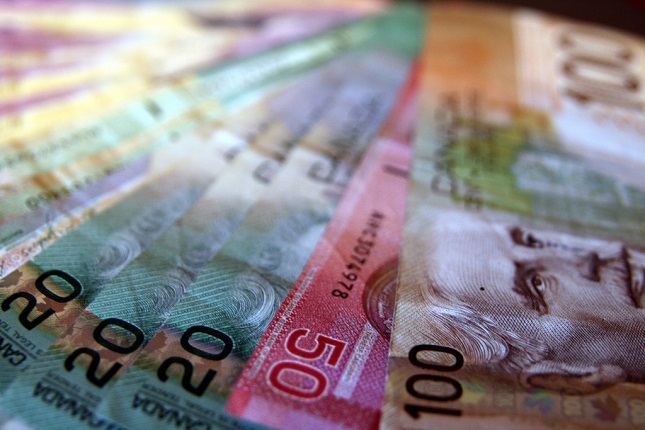 The Loonie triggered the day near 1.3475 levels, later moving 17 pips up. The pair had well established two lows around 1.3469 levels. The Loonie had already hit day’s fresh high near 1.3492 levels. The pair, however, managed to sustain in the upper zone during the Asian session. The pair was observed to drift above the support line near 1.3470 levels.

The Greenback remained volatile after Donald Trump threatened of increasing China’s import tariffs. Meanwhile, the Vice President of China reported canceling his US visit this week for trade negotiations. The deepening tensions over the US-Sino front will continue pushing down the Loonie. Currently, the American Dollars was trading near 97.57 levels at 06:00 GMT, falling off from its last week’s highs. This fall in the Green Money will continue developing adverse impairments around the pair.

Yesterday, post-release of Trade War news, the Crude Oil WTI Futures plunged reaching $60.18 per barrel. Last week the EIA had recorded a hike of around 10 million barrels in the US crude stocks. This news brought down the crude prices drastically. As there is an inverse relationship between the Loonie and the crude prices, the pair elevates over oil fall.

Over to the event highlights, BoC Governor Stephen Poloz will address regarding the Economic Flexibility, Housing, and the Future of Mortgages. His speech may have a significant impact on the USD/CAD pair’s future movements.

The Governor of the Bank of Canada is expected to deliver a speech today. He may talk about the future of Canada’s mortgage market.

The CEO of Philadelphia’s Fed, Patrick T. Harker is set to address on 37th Annual Monetary and Trade Conference. He would talk about the economic outlook of the world.

The 3-Month and 6-Month Bill Auction

The previous 3-Month Auction & 6-Month Auction stood near 2.38 and 2.39 percent respectively. The US Department of Treasury will publish this report. The report assesses the average yield after the Bills Auctioned.

After giving a dip in the Ichimoku Clouds, the Loonie lifted its head in the morning session. This action means the pair had attempted to breach the clouds which acted as a healthy resistance level. The base line and the conversion was drifting inside the green Ichimoku Clouds. However, the Loonie was taking rounds above both the significant lines. This scenario sets a bullish stance for the investors. The pair has shown a robust and resilient response to the clouds. And, the same was demonstrated through the RSI hovering near 60 levels. The Moving Average Convergence Divergence (MACD) lines were approaching each other, setting bull legs.