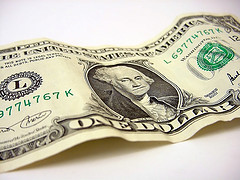 On Tuesday, as of 06:00 GMT, the Swiss economy will release UBS consumption Indicator for the month of June, yet the release is expected to have slight impact on the pair’s movements. In theU.S., the main focus will be housing data starting with S&P/caseShiller, due at 13:00 GMT, followed by new home sales due at 14:00 GMT, where they will provide evidence about the status of the housing market. At 14:00 GMT, consumer confidence is expected to drop to 57.9 in July from 58.5.

However, the main concern in the market will not be on fundamentals as investors are more interested in knowing theU.S.decision regarding the raise of debt ceiling before August 2 to avoid a downgrade by rating agencies as well as possible default status.

On Monday trading, demand on safe havens was predominant afterU.S.policy makers had failed to reach agreement over the debt limit which overshadowed the wave of optimism that prevailed last week after the announcement of a second about forGreece.

The franc was the biggest winner, scoring a new record high against the dollar as theU.S.debt woes and the undergoing stable status in the Swiss economy made the franc more attractive.