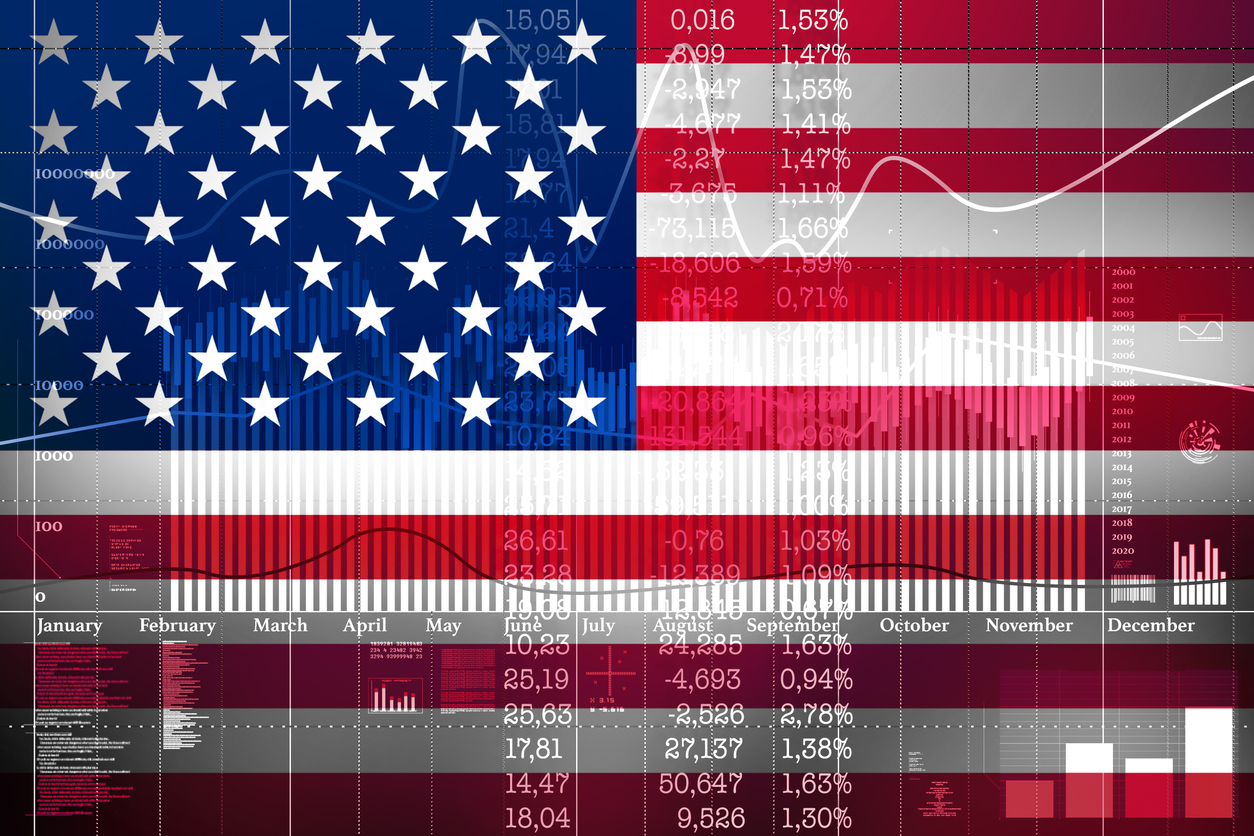 After a challenging month in April, we questioned whether the dollar could recover? Given its negative performance against G10 currencies this week, bulls certainly have a very steep hill to climb to reclaim back some control.

In our technical outlook, yen crosses were under the spotlight. Military tensions between China and Taiwan sparked risk aversion and boosted appetite for safe-haven currencies including the Japanese Yen.

As discussed on Tuesday, the USDJPY was blocked below 109.686. The repeated rejection around the 109.30 levels created a platform for bears to drag prices lower. A broadly weaker dollar on Friday following the dismal US jobs report sent the USDJPY tumbling towards 108.30. 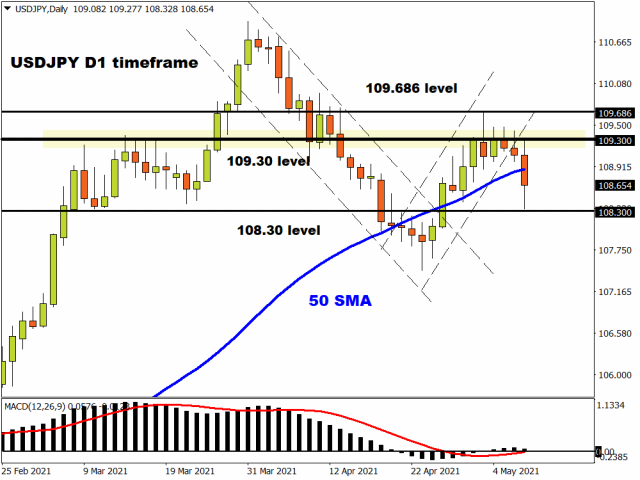 Our stock of the week was Uber which released its Q1 results after US markets closed on Wednesday. The company reported mixed results for the first quarter of 2021. However, the net loss for the quarter was $108 million which was an incredible improvement from the $968 million it lost in Q4.

Mid-week global equity bulls made an appearance, shaking off the caution from China-Taiwan tensions and comments from Treasury Secretary Yellen. However, a late tech selloff sent the Nasdaq lower for the fourth consecutive session. 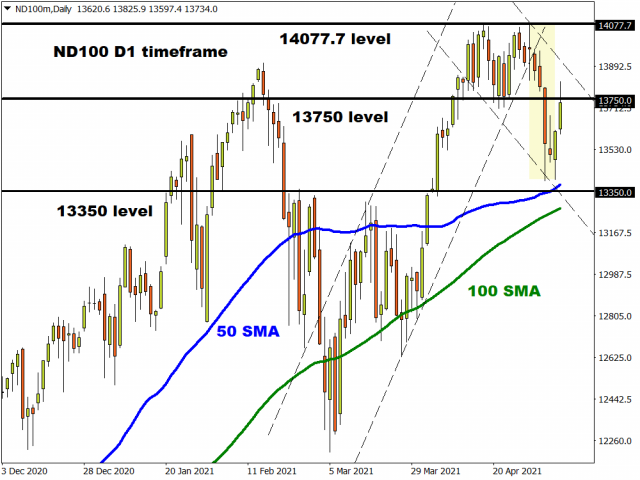 The Euro caught our attention after forming a death cross technical chart pattern. But this setup was trashed by a broadly weaker dollar on Friday. The EURUSD is trading around 1.2160 as of writing. A solid weekly close above 1.2150 could signal further upside in the week ahead. 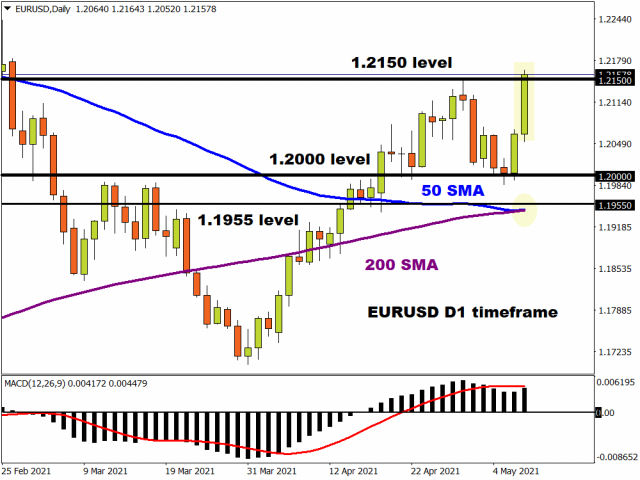 On Thursday, the Bank of England was under the spotlight. Although the central bank left interest rates unchanged as widely expected, it reduced the pace of weekly asset purchases to £3.4 billion from the previous rate of £4.4 billion. While the BoE expressed optimism over the UK economy, hawks were kept at bay.

Looking at the technical picture, the GBPUSD remains in a wide range on the daily charts. A breakout could be on the horizon thanks to a weaker Dollar. Should bulls conquer the 1.4000 resistance, the next key level of interest will be around 1.4110. 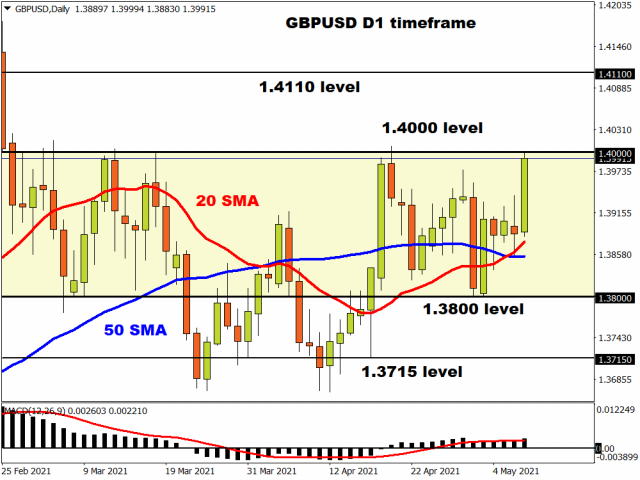 The key question is whether this bad news is good news for markets? Treasury Yields spiked as low as 1.464% before rebounding while the S&P 500 and Dow Jones rallied to fresh record highs. 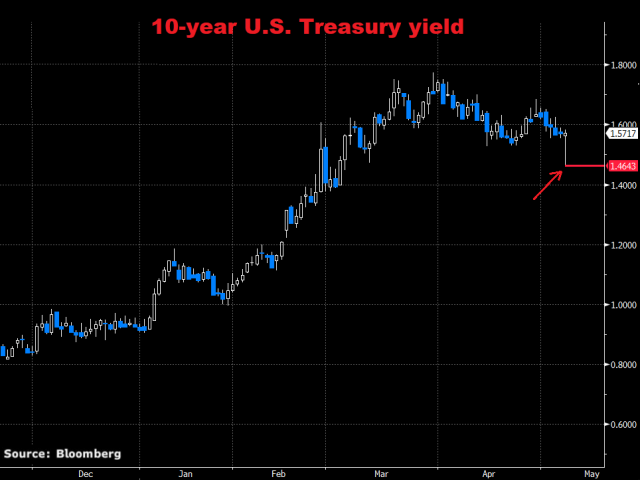 In the commodity space, Gold exploded higher following the disappointing US jobs report. Prices punched above $1840 thanks to a tumbling Dollar and falling treasury yields. 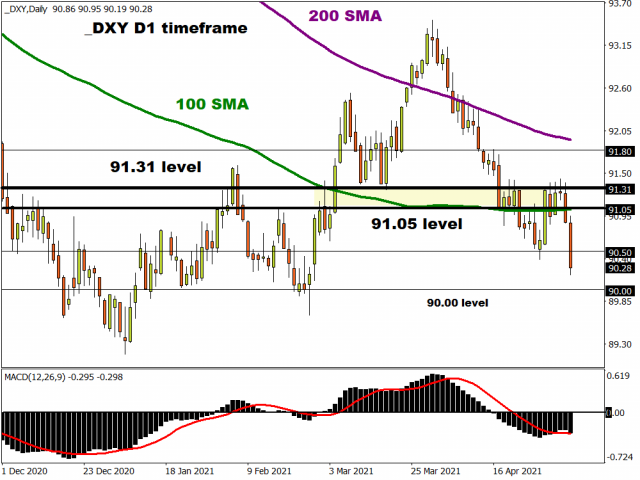 Looking at the technical picture, the precious metal is experiencing a pullback from the daily high but is still on route to concluding the week over 3% higher. Bulls remain in the driving seat as long as $1800 proves to be reliable support. 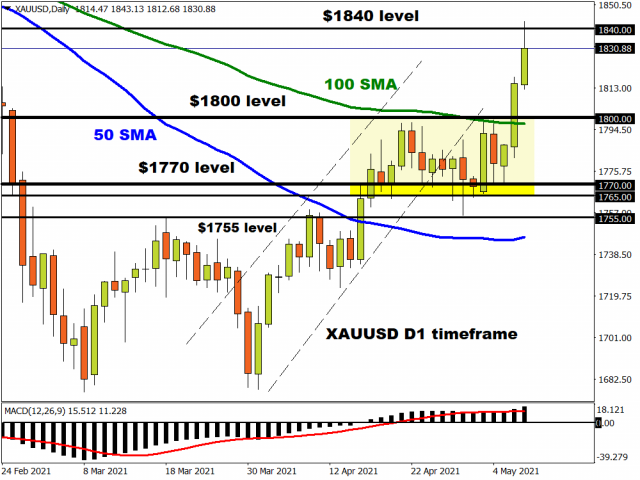