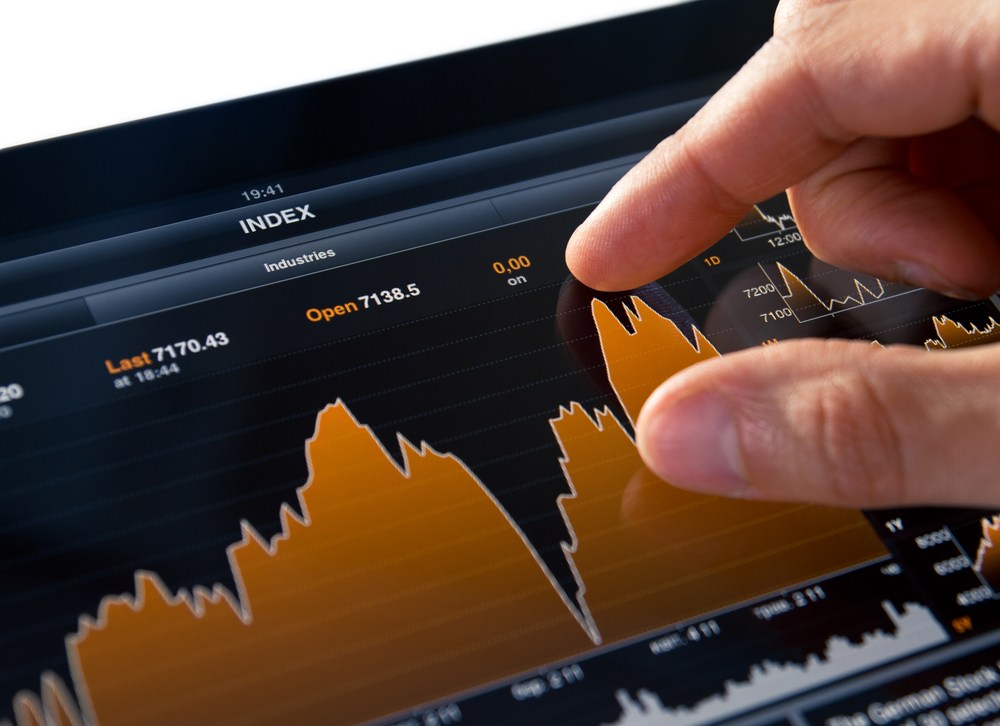 The rotation that had already started accelerated until the end of March: out of growth companies and into cyclicals. However, by the end of the month, investors’ appetite reverted into growth stocks and shares in the tech sector jumped again. This is the result of the recent optimism on the back of a quicker than expected economic recovery.

The fast reopening of the US economy is due to the vaccine rollout and the good news surrounding it. In addition to the available vaccines, Novavax vaccine may be approved next month by the FDA and Pfizer announced that tests showed its vaccine was safe for the 12-15 years old. President Biden’s target is now for 60% of Americans to be vaccinated by the end of the month and by that time all Americans should be eligible for vaccination. On the other side of the Atlantic, Europe is still struggling with more lockdowns and tighter restrictions, only 12-20% (depending on the country) having received the first dose.

Investors’ confidence, as well as the consumers’, was also boosted by the approval of the so expected $1.9 trillion stimulus in mid-March, and checks have already started to be received by eligible Americans.

The VIX Index, which measures the market stress level, and which was itself volatile until recently, came back to pre-COVID levels, under 20, which represents a buying signal for traders.

Last month we also saw meetings of the ECB, the BoE, and the Federal Reserve who decided to leave rates unchanged and to maintain a dovish tone. The ECB and the Fed tried to reassure investors regarding inflation and rising yields. ECB chairwoman Lagarde said that the central bank will closely monitor the evolution of long-term yields, but she emphasized that it is not the ECB’s role to control the yield curve. However, after weekly bond purchases were relatively low during the first months of the year, the ECB has decided to increase them again.

On the currency side, while the yield differential is widening between the EUR and the USD, the USD strengthened last month and returned to November’s level which will help control inflation.

As for the markets movers of the first quarter, the best sector so far this year has been the Energy Sector, boosted by the performance of the oil price, +22% year-to-date. The price of oil should be sustained further, as during the last OPEC+ meeting, members agreed to maintain the same output for another month and starting from May, to gradually increase production.

On the other hand, the clean energy sector suffered outflows and a strong downside until Biden announced his $2.25 trillion infrastructure plan, in which clean energy is the epicenter. The sector rebounded by 8% on the news, and if signed this summer, this plan should be incredibly supportive to all the ESG linked investments. However, as the financing should come from a corporate tax hike to 28%, a Senate majority will be hard to obtain.

Among the most negative movers so far this year, Asian, US and European investment grade bonds have all sold off since the beginning of the year. Concerning Asian bonds, the strong sell off in both local and hard currency, was especially due to an improving economy in the US but also because of a stronger USD.

Chinese equities also had a negative first quarter but presented a buying opportunity to build a long-term position, on what is still the fastest growing major world economy. Concerning US-China relations, although two major officials from both sides met in Alaska during the last month to reopen talks, two recent events may have increased tensions again. First, Biden said he will not reduce the tariffs for now and secondly China has signed a 25-year agreement with Iran on economic activity and political affairs.

Finally, at the end of the month, a financial scandal shook markets and especially the banking sector: Archegos Capital was forced to unwind some $20 billion leveraged positions, causing a $4.7 billion hit for Credit Suisse. Following this episode, the Swiss bank announced a profit warning for Q1, and some senior managers even stepped down from their roles. Other banks involved with Archegos better managed the risk of margin calls and did not miss the occasion to congratulate their risk management.

The equity markets rebound is a feat when we consider that we just “celebrated” the anniversary of the pandemic’ first wave. This is not just euphoric: the last round of companies’ earnings showed growth. In addition, as the global economy reopens, data and forecasts will also improve. Therefore, we maintain our high convictions, and lately we took advantage of the weaknesses to increase some of our niche investments.

Sweetwood Capital provides asset management and investment advisory services to qualified high net-worth individuals. Our aim is to achieve consistent cash-flow generation for our clients through direct investments in transparent and liquid instruments. We offer a highly personalized service and construct investment portfolios that are calibrated to the risk vs. reward preferences of each client. Our clients do not take any counterparty risk through us as their assets are held in their own bank.