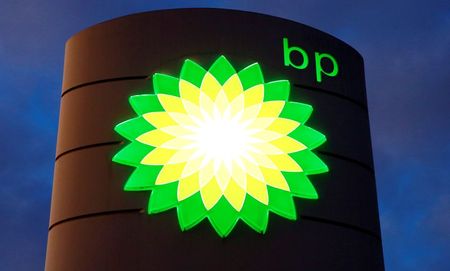 Shares of BP gained strong upside momentum and moved to yearly highs as oil continued to move towards the $75 level.

This year, oil majors faced skepticism from analysts due to pressure from environmental activists and governments around the world. However, BP stock is up by almost 40% this year, and shares of other oil majors are also moving higher.

The rally in the oil market served as the main catalyst for BP, but cheap valuation also played an important role.

Aanalysts expect that BP will report earnings of $2.67 per share this year and $2.92 per share in 2022. At current price levels, the stock is trading at less than 10 forward P/E for 2022 which is cheap for the current market environment.

In fact, BP is trading at a discount to peers like Chevron and Exxon Mobil, which serves an additional bullish catalyst for the company’s shares.

What’s Next For BP Stock?

In the near term, dynamics of BP shares will depend on the fluctuations of the oil market. Oil gained strong upside momentum in recent weeks, which is bullish for oil-related stocks, including BP.

It should be noted that earnings estimates for BP have been moving higher together with the price of oil, and this trend may be continued in the next few weeks since estimates typically lag market developments.

At less than 10 forward P/E for 2022, the stock looks really cheap. Unlike its American peers like Exxon Mobil and Chevron, BP stock is still well below pre-pandemic levels, and there is plenty of work to do to close the gap.

At this point, it looks that it will be hard for traders and investors to ignore cheap oil majors despite risks of the energy transition. In this light, BP stock has decent chances to continue its current upside move.