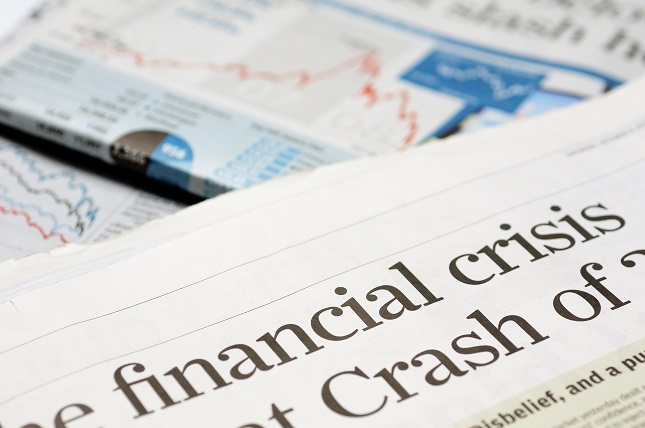 The 2007-08 financial crisis was an event that undeniably had a major impact on the global economy. The crisis, which is believed to have been largely triggered by poor debt-keeping and dangerous mortgage practices, unleashed a tremendous series of rippling effects that affected both the world’s largest financial institutes as well as the ordinary individual.

In many ways, the crisis was likely inevitable. The value of various assets (and “bundles” of assets such as mortgage-backed securities) had significantly deviated from actuality and an adjustment back to normalcy would almost certainly have to occur. In the face of the many obvious reasons why the 2007-08 financial crisis occurred, it seems that citizens of any market democracy ought to ask themselves how we can prevent a similar event—which was measurably the worst financial crisis since the Great Depression—from occurring again.

In response to the chaos triggered by what has since been referred to as the “Great Recession”, significant amounts of reorganization and sweeping legislation materialized in the United States and elsewhere around the world. Without a doubt, the most significant piece of reactionary legislation was the Dodd-Frank Wall Street Reform and Consumer Protection Act (2010).

Dodd-Frank, as it is frequently called, was a far-reaching piece of legislation that sought to improve consumer confidence, increase transparency, end “too big to fail” banking practices, and also establish the Consumer Financial Protection Bureau (CFPB). The bill also sought to redesign the “architecture” of the financial industry and transform the ongoing functions of the Federal Reserve.

The extent to which Dodd-Frank was actually able to achieve its lofty goals is still highly debated by economic analysts and, as is the case with most pieces of legislation of this size, it seems there were likely some positive consequences in addition to some negative consequences as well. Notable changes that have occurred—for better or for worse—include the reintroduction of combining commercial and investment banks (negating the Glass-Steagall provisions of the Banking Act of 1933), significant changes to equity ratio requirements, and additional rules regarding corporate governance (as enforced by the SEC).

Other changes we have seen since 2008 have primarily occurred on a much larger global-political scale. As has been the case since the days of Columbus and even the days of the Roman Empire, the world had generally moved towards a state of greater globalization for quite some time, particularly regarding trade. Though the free movement of capital and eventually labor seems inevitable—and has been manifested through NAFTA, the European Union, TTIP, and the TPP—the 2008 financial crisis is frequently referenced as a grieving point by populists on both the American right (Tea Party) as well as the American left (Occupy Wall Street). Despite the fact there are many different reasons that the world’s competing political factions are realigning and readjusting their approach to governance, the 2008 crisis has almost certainly been a major contributing factor.

Even as we continue moving into a century characterized by new political alignments, new regulations (and the occasional absence of regulations), and new technologies, there are still some things that seemingly remain unchanged. Even in the face of legislative efforts manifested in Dodd-Frank and elsewhere, the perpetual discord between Wall Street and “Main Street” appears to be just as great as it was in 2008. Global inequality, as measured by the Gini Coefficient, has remained largely unchanged and has even increased in many parts of the world. Despite some metrics suggesting the development of an “excellent” economy, the benefits of recent economic growth have largely still been concentrated in the hands of the few.

Though acts such as Dodd-Frank may have reorganized the way that the financial industry is structured, there has been very little real change to prevent crises such as the one occurring in 2007-08 from happening again. Changes in equity ratio requirements have largely caused financial institutions to simply increase the risk held by the uncommitted portions of their portfolios, consequently negating many of the good intentions that Dodd-Frank may have even had to begin with. The possibility of future banking bailouts continues to persist and, knowing this information, many banks continue to pass the consequences of their personal risks onto the ordinary taxpayer.

“Too big to fail” remains a real problem, risky mortgage lending remains a very real problem, and genuine transparency can hardly be claimed to have increased. Though the authentic reforms that the financial industry needs are certainly difficult (if not impossible) to correctly identify, what remains abundantly apparent is that the reactionary Band-Aids of the past decade have not truly solved the problems that contribute to global financial distress.

What have we learned? How close are we to the next financial crisis?

If there are any lessons that can be drawn from the financial crisis of a decade ago, they are as follows: there is no such thing as a risk-free investment and if something seems too good to be true, it probably is. Savvy investors will recognize that as homeownership rates increase without a corresponding increase in real wages or wealth, then a housing bubble is likely to be building again. Just as we saw in 2008, this indicates that the best financial portfolios will probably be the ones that are the most diversified and also liquid enough to react to sudden changes (think, Lehman).

When the next financial crisis will occur is impossible to know with any degree of absolute certainty, though it still clearly seems that there are several new bubbles that are slowly inflating over time. Despite the fact that information is becoming more accessible and distributable than ever before, college tuition rates continue to rise well above real wage growth or even inflation—this suggests the possibility of a student loan debt bubble existing. Commodity bubbles—particularly regarding oil, natural gas, coal, steel, and luxury resources (gold, diamonds, etc.)—are believed by many to be emerging around the world as well. If there is anything to be learned from the 2007-08 financial crisis, it is the simple fact that smoothing the inevitable transition from economic growth to decline will ultimately be in the best interest of both the “elite” and the ordinary individual.

If there is anything else to be learned from last decade’s crisis, it’s that you probably shouldn’t hold your breath.