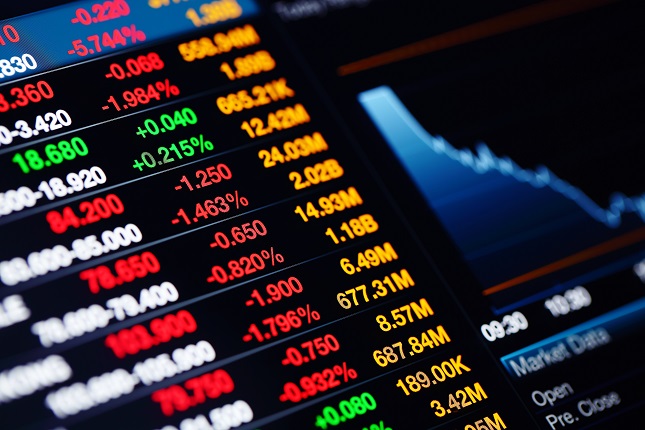 Asian markets were down nearly across the board as the price for WTI and Brent crude fell to a one-year low. Both global oil benchmarks fell more than -7.0% in Tuesday trading as supply-glut, and downward pressure in prices bent the market to capitulation. The commodity-sensitive Australian ASX led the decline in equities with a loss of -1.75%. Chinese markets moved lower by a tame -0.85% in Shang Hai and -0.54% in Hong Kong.

Chinese markets were buoyed by a mixed bag of economic data. Retail Sales growth in October was a robust 8.6% YOY but missed expectations and raised concern the effects of trade tensions were being felt at the consumer level. Balancing the data was better than expected Industrial Output, 5.9%, and Fixed Investment Spending, 5.7%.

EU markets were moving lower in early trading, but buyers stepped in on word a Brexit deal had been reached. The news is this, negotiators have reached a draft deal that will now be taken for approval by Theresa May’s cabinet. The question now is whether May can get approval from hardliners who’ve been impeding progress.

At midday, EU equities markets were little changed. The FTSE led advancing indices with a gain near 0.25% while the CAC led decliners with a loss less than -0.10%. Market participants, wary of Brexit progress, were also eyeing developments with Italy and its budget. The Italian government has rejected the EU’s request for a new budget proposal and reaffirmed their 2.4% growth target.

US Consumer Level Inflation Hot, But Not Too Hot

The US index futures were slightly lower in early trading but spiked on word consumer-level inflation is contained. The US CPI was reported as up 0.3% from the previous month and up 2.5% YOY. The data shows an acceleration of inflation growth in both the MOM and YOY comparison but only as expected and mitigated by high gas prices. Ex-food & energy CPI rose a more tepid 0.2% MOM and 2.1% YOY, a -0.10% deceleration in YOY inflation from the previous month.

Despite the rise of index prices following the CPI release US equities were not expected to open much higher than Tuesday’s low. The Dow Jones Industrial Average led with an indicated gain near 0.25% while the SPX was not far behind.

Reports trade talks between the US and China had been restarted failed to lift the market, as did earnings. Macy’s, one of the higher profile brick & mortar retailers, reported before the opening bell and blew past EPS estimates. The company reports EPS of $0.27, nearly double consensus, increased comp store sales, and widening margins and yet the stock fell nearly -4.0% in the early pre-market action.

US traders will now turn their attention to earnings reports due out after the bell and a raft of economic reports due out on Thursday. Earnings reports include names like Cisco and Wheaton Precious Metals while Thursday data includes the jobless claims, retail sales, the Philly Fed MBOS, and the Empire State Manufacturing Survey.