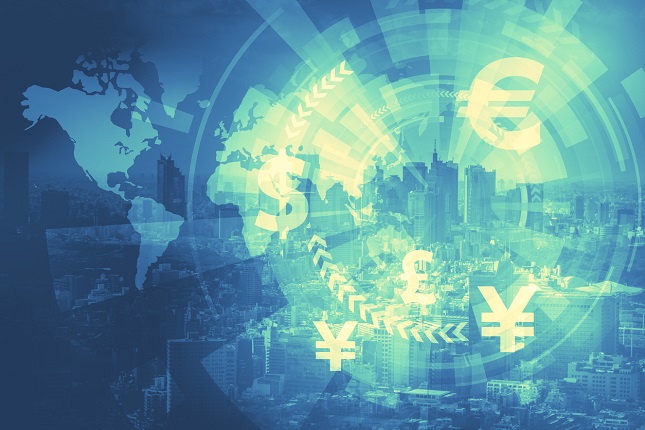 The markets responded to the softer than forecasted inflation figures and upbeat retail sales data out of the U.S, with Asian equities on the march through the session this morning, as sentiment towards the prospects of a December rate hike by the FED eased further, following the more dovish than expected monetary policy meeting minutes that had been released last Wednesday, while the general outlook towards the global economy continues to be upbeat.

At the time of writing the Nikkei was up 0.64%, with the ASX200 closing with a 0.56% gain, while the Hang Seng and CSI300 were also continuing to make forward moves, up 0.93% and 0.04% respectively ahead of the 19th Communist Party Congress, which starts on Wednesday.

Concerns over a possible missile launch by the North Koreans seemed to have little impact on risk appetite through the Asian session, as the U.S and South Koreans kicked off a joint drill that resulted in criticism from the North Koreans.

Out of Japan, industrial production grew by 2% in August according to finalized figures, which fell short of the prelim 2.1% increase, whilst the sector saw activity bounce back from July’s 0.8% decline, providing further support to the market’s upbeat sentiment towards the global economy, which has seen the Nikkei hit levels not seen since the mid-1990s.

For the Kiwi Dollar, the markets would have been hoping for some news on whether NZ First party leader Peters and the board will be looking to form a coalition with the National Party or the Labour and the Greens. Acting Prime Minister English announced early in the day that an announcement may not be forthcoming until the end of the week, with NZ First party leader Peters also suggesting that a decision would likely be reached by the end of the week, the previous October 12th timeline having already passed. There’s plenty of uncertainty with NZ First policies more aligned with Labour and the Greens, whilst many consider a two-party coalition a simpler route to an agreement. At the time of the report, the Kiwi Dollar was down 0.08% at $0.7175, with any upside continuing to be dependent upon who takes office and the RBNZ’s monetary policy outlook.

The AUD was down 0.13% at $0.7877, with the Yen down 0.06% at ¥111.89 as the U.S Dollar found some support from comments from FED Chair Yellen on Sunday, Yellen saying that her best guess would be for inflation to accelerate in the near-term following a period of unexpectedly soft inflation.

Macroeconomic data is on the lighter side for the day ahead, with data out of the Eurozone this morning limited to August’s trade figures ahead of October’s New York Empire State Manufacturing Index this afternoon.

Following Germany’s August trade data released last week, which saw a sizeable widening in the trade surplus, expectations will be for the Eurozone trade surplus to also see a widening in August, despite a strengthening in the EUR through the month. While any positive numbers will be EUR positive, Yellen’s views on inflation managed to provide the Dollar with some support going into the European session, with the EUR down 0.13% at $1.1805 at the time of writing, despite ECB President Draghi sharing the same view as Yellen on inflation.

Geo-political uncertainty continues to be a factor for the markets, with Merkel’s CDU Party losing out to the Social Democrats over the weekend in a snap state election victory, with SPD support rising to 37.7% based on projections, ahead of the CDU’s 33.7%. While the state elections tend to have less of an influence on the markets and the EUR, the CDU defeat will likely weaken Merkel’s powers in negotiations with possible coalition partners in the coming weeks.

Adding to mix today will be whether Catalan President Puigdemont declares independence, with the President having been given until 0800GMT to clarify whether independence has been declared. We can expect some disruption should Puigdemont declare independence, following Spanish Prime Minister Rajoy’s warning that Article 155 of the Spanish Constitution would be invoked, resulting in direct rule and removing the Catalan government’s powers.

With no material stats out of the UK today to drive the Pound ahead of some key stats through the week, noise over Brexit will be a factor to consider through the day ahead of this week’s EU Summit on Brexit.

Across the Pond, with data limited to the manufacturing numbers, the Dollar may be tested ahead of this afternoon’s stats, as the markets look to who will likely take over the FED and whether there is any increased tension between the U.S administration and North Korea, which would be seen as Dollar negative, though Yellen’s inflation sentiment will likely echo through the European session.