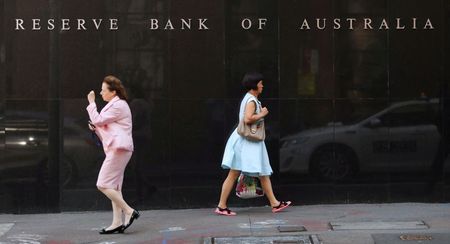 The Reserve Bank of Australia (RBA) reiterated its commitment to keep the cash rate at the record-low of 0.1% for as long as is needed to pull down unemployment and push inflation higher.

The RBA’s as-expected decision comes as it painted a rosy picture of the A$2 trillion ($1.55 trillion) economy, and upgraded the growth forecast to 4.75% over 2021, from its February forecast of 3.5%.

“The economic recovery in Australia has been stronger than expected and is forecast to continue,” RBA Governor Philip Lowe said in a short post-meeting statement.

“A pick-up in business investment is expected and household spending will be supported by the strengthening in balance sheets over the past year,” Lowe said.

Still, the RBA signalled it’s not ready to raise rates until 2024 at the earliest, falling in line with major central banks who are willing to run their economies hot to fire up inflation, which has been elusive for years.

“The RBA…remains fearful of tightening monetary policy too soon, due to concerns about stifling the economic recovery,” said Anthony Doyle, cross asset specialist at Fidelity.

The central bank, which said it places a high priority on a return to full employment, will release detailed economic forecasts on Friday at 0130 GMT.

Its current A$100 billion ($77.40 billion) quantitative easing programme ends in September and the board will consider future bond purchases at its July board meeting.

The RBA’s efforts are being supplemented by Australia’s federal government which has ditched its long-held obsession with creating budget surpluses and has promised to not take “any sharp pivots towards austerity” in its Budget update on May 11.

Solid monetary and fiscal stimulus have lit a fire in Australia’s property market where prices are hitting record highs, largely led by demand from owner-occupiers and first-home buyers.

But official data on loan approvals out on Tuesday showed investors too were rushing back in to the market.

The RBA noted the price rise and said it was carefully monitoring trends in housing borrowing.