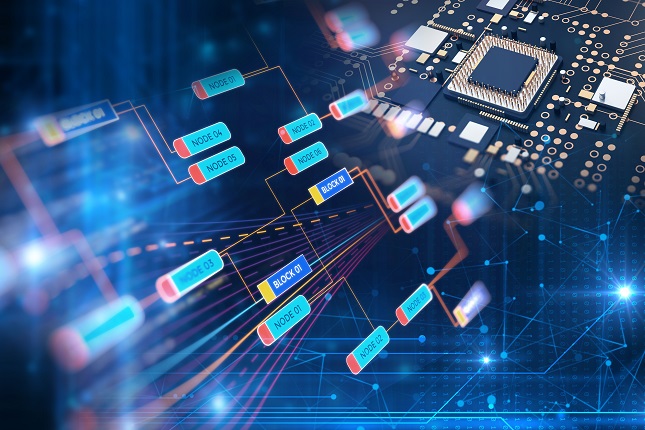 Over the past few months, Bitcoin forks have become a focal point for traders and investors. The Bitcoin Cash fork gained huge publicity and good support leading to the first major split in the Bitcoin network, resulting in two different versions of Bitcoin being traded in the top 5 cryptocurrencies.

The Bitcoin Cash fork started something of a craze across the cryptocurrency space. Instead of running ICO’s, many of these currencies focused projects are deciding to fork off of a successful coin as a method of gaining users and publicity.

This makes spotting the forks that have a real impact on markets more difficult. Already it is ingrained in many people that a hard fork means free money. Historically most Hard Forks resulted in over 90% of the market siding with one version, even Bitcoin Cash was only valued at 1/6th of the value of Bitcoin. Bitcoin Gold has become an example of how over-hyped a fork can become, one week later it appears to have failed completely but recovered since then. I believe that Bitcoin2X is something to be taken more seriously than Bitcoin Gold, possibly even Bitcoin Cash.

Bitcoin2X was born out of the New York Agreement. The agreement was originally designed to bring together the two opposing schools of thought for Bitcoin scaling, as a method of keeping everyone in one version.

The 2X group insisted that Bitcoin was scaling too slowly and that Segwit introduced more problems than solutions, therefore they believe that larger block sizes for transactions are the best path forward. This group is lead by Roger Ver & Jihan Wu. and eventually decided to fork off into Bitcoin Cash.
The second group is lead by the Bitcoin Core team. Tried and tested they have widespread support for their management of the Bitcoin Network since its inception. The Core team first proposed Segwit technology as a potential solution to scaling problems back in 2014. Many on this side see the 2X fork as a political attempt to disrupt the Core team and gain power over Bitcoin’s future by getting more developers involved who perhaps disagree with the Core team over Bitcoin’s future. It’s politics.

After years of debate between the two groups, the NYA agreement was made as a compromise. The agreement suggested that the 2X group would vote through the proposed Segwit Soft-Fork, and in exchange, the core team would return the favor with a Bitcoin2X Hard Fork to increase the block size on the chain a few months later.

Unfortunately, since the 2X group forked off to create Bitcoin Cash, many now consider that the NYA will be a failed project and the question is why anyone from the Core side of the argument would enable technology on their version of Bitcoin when it is not something they agree with. The problem is that there is also a middle ground, plenty of users believe that a combination of both approaches is required to overcome scaling issues. As a result, the support for Bitcoin 2X remains reasonably high.

Personally, I believe that a larger block size would be useful for Bitcoin, enabling Segwit to grow without any bottlenecks in the short term. However, I am also aware that the code for Bitcoin 2X is far from ideal. The Core team who didn’t even develop the fork have found numerous bugs over the past few months, some of which could have resulted in a disaster where they not discovered. Even now Bitcoin2X does not have replay protection. This means that “splitting” the coins is very difficult, if you send Bitcoins to an address your Bitcoin2X could “replay” the same transaction without your permission or knowledge.
Some exchanges claim to have a solution to this problem already such as Coinbase.

Personally, I do not feel that the fork has had enough development to be considered safe, which leaves me siding with the Core team.

What will happen to the markets after the Fork?

Already we have seen with the Bitcoin Cash and Bitcoin Gold forks that traders are moving funds into Bitcoin before the splits to ensure that they receive free coins. Bitcoin Gold suffered from the same replay protection problems as Bitcoin leaving many traders “trapped” in Bitcoin, unable to sell their Bitcoin without also selling their Bitcoin Gold, the same situation could happen with Bitcoin 2X.
Over the past few days, we have seen Bitcoin again rally to new all-time highs as funds flow into Bitcoin in preparation for the fork. If the fork goes well and users are able to separate Bitcoin2X from their Bitcoin easily we could see some interesting scenarios.

The easiest way to summarise this is by looking at different groups of people:

Bitcoin Core believers will simply sell their Bitcoin2X tokens as soon as it is safe to do so and use the funds to buy more Bitcoin. Generally this camp trade less and tend to “HOLD” their Bitcoin, they are what caused the price of Bitcoin Cash to drop heavily in the first few weeks.

Bitcoin2X believers are more likely to own Bitcoin Cash as well as Bitcoin, there could be a reasonable drop in Bitcoin Cash value leading to the fork as these users move their funds towards their preferred fork. Once the fork has happened they would likely sell most of their Bitcoin for Bitcoin2X.

This group likely to have a reasonably diversified portfolio of cryptocurrencies and are more than likely to use the opportunity to profit, diverting many of their funds from altcoins back to Bitcoin for the split. Once the split is over they will sell most of their Bitcoin2X and Bitcoin to exchange back into altcoins.

Like traders, this group will likely wish to ensure they have plenty of funds in Bitcoin for the fork. Unlike the traders, they will keep most funds where they are and simply hold any Bitcoin2X coins they receive as a complement to their portfolio.

Now that we understand these 4 groups we need to determine which groups are the biggest and how it all combines to create the market forces. I believe the groups to be in the following order of size:

As such this fork should follow a similar path to Bitcoin Cash. The value of Bitcoin will gradually increase to new ATH’s prior to the fork as all groups move funds to Bitcoin. Once the fork has occurred, Group 3 will be the first movers taking good profits and potentially shorting both Bitcoin and Bitcoin2X, causing the price to begin dropping. Not long after this, Group 1 will be quick to sell their Bitcoin2X for Bitcoin, stabilizing Bitcoin after the drop and pushing Bitcoin2X lower. At this point Group 2 will begin moving funds over to Bitcoin2X from Bitcoin, but as the smallest group, the impact on price will be negligible for Bitcoin but enough to stop the Bitcoin2X freefall. Finally group 4, the Investors will assess how the situation unfolded and redistribute funds accordingly with little impact on the market.

My price targets throughout the event are as follows:

This could still change dramatically as the technology and politics move forward and major companies using blockchains take sides. I will be selling my Bitcoin2X to start with and look to trade it after the first few weeks once it reaches a more stable ground.

For those who are looking to take advantage of Bitcoin and other cryptocurrencies, Click here for more details.