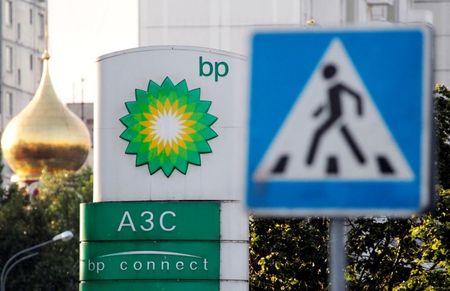 By Ron Bousso and Shadia Nasralla

The jump in profits from a year earlier comes as BP says it expects oil demand to recover in 2021 due to strong growth in the United States and China as COVID-19 vaccination programmes accelerate.

In a sign of growing confidence in the economic recovery and its operations following a year of cutting costs, headcount and its dividend, BP said it will buy back $500 million of shares in the second quarter to offset the dilution from an employee share distribution programme.

Net debt dropped $5.6 billion from the end of December to $33.3 billion at the end of March, chiefly due to around $4.8 billion worth of disposals and stronger oil prices.

That pushed debt below the company’s $35 billion target sooner than expected, allowing it to deliver on its promise of buying back shares.

The company said it would provide an update on the third quarter buyback programme later this year.

As part of Chief Executive Bernard Looney’s plan to shift the focus of the oil major to low carbon energy investments, BP aims to sell $25 billion of assets by 2025.

BP’s shares were 3% higher in early trading, adding to a more than 15% gain so far this year on the back of stronger oil prices.

However, it is the weakest performer among the oil majors, with shares still around a third lower than their pre-pandemic level as investors fret over the company’s energy transition strategy. 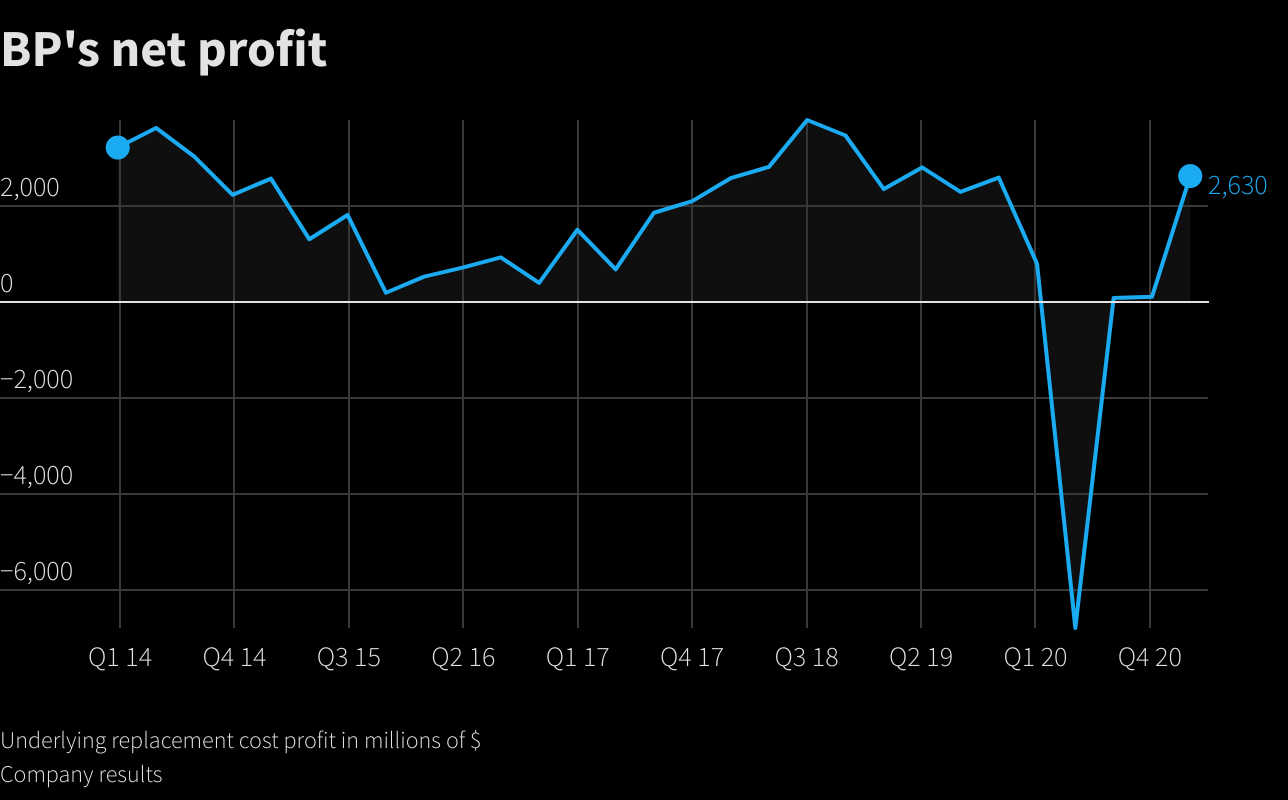 That compared with a $110 million profit in the fourth quarter of 2020 and a profit of $790 million a year earlier.

“This result was driven by an exceptional gas marketing and trading performance, significantly higher oil prices and higher refining margins.”

BP expects global oil inventories, which swelled as the coronavirus pandemic hit fuel demand, to fall to historic levels by the end of 2021.