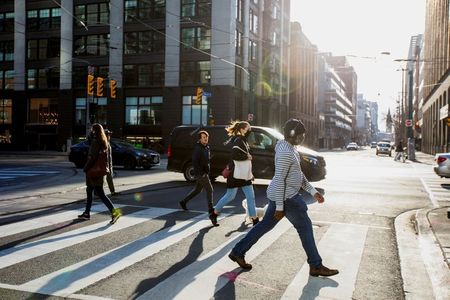 Canada’s annual inflation rate rose to 1.1%, from 1.0% in January, Statistics Canada said. Analysts polled by Reuters had expected the rate to gain to 1.3% in February.

All three core measures of inflation were steady in February. CPI common, which the Bank of Canada says is the best gauge of the economy’s underperformance, was flat at 1.3%.

“From the Bank of Canada’s perspective, all three of their preferred core measures are still at or below their target range,” said Nathan Janzen, a senior economist at RBC Economics. “So I don’t know that it changes a whole lot right now.”

While February’s gain was modest, inflation is expected to accelerate in the coming months, testing the 3% upper threshold of the Bank of Canada’s control range, then dropping back to around the 2% target as current months are compared to year-ago numbers, analysts say.

The Bank of Canada has signaled it does not plan to raise interest rates until into 2023, though it is set to review the forecasts that underpin its guidance in April. Economists expect the central bank to reduce its bond purchases as soon as next month.