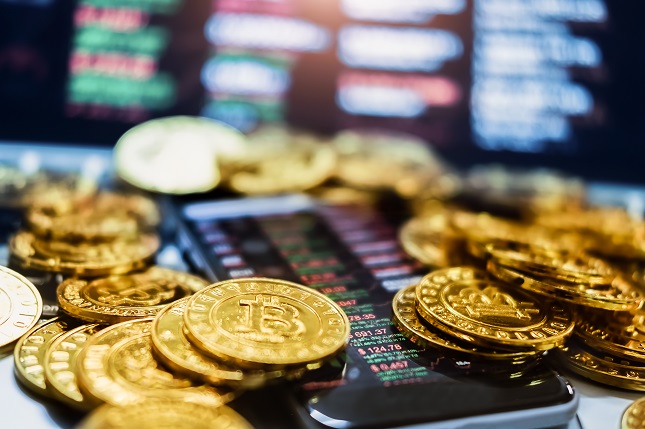 Below you can find an overview of what happened in February in the world of cryptocurrencies – brought to you by SimpleFX CFDs trading platform. Whether you took some time off following the news and you’d like to catch up, or you just want to go over last month’s highlights, this article is for you.

Despite condemning voices from the US and opposition parties within the country, Venezuelan President Nicolas Maduro made his way and launched a pre-sale of the Petro – an oil-backed cryptocurrency. This initiative was previously announced as an explicit attempt to avoid US sanctions. Maduro said that on the first day alone $735 mln of tokens were sold. A week later he reported that the number of certified purchase orders reached 171 000.

If we look at President Maduro’s initiative, along with Venezuelan finance minister talking to his Russian counterpart about the Petro token and Iranian minister hinting at plans of launching the country’s own digital currency, an interesting trend seems to have emerged of cryptocurrencies being used by states to avoid limitations imposed within the traditional banking system.

Also in February, we witnessed another proof that Bitcoin has made it to the mainstream: it was brought up by Ellen DeGeneres and joked about in her programme. Although she did not spread much knowledge about the cryptocurrency, the sole appearance on this show is a notable development.

The Coincheck hack which happened in January is far from being a closed topic. As the reimbursements are dragging out and the company has so far enabled withdrawals only in yens, a class-action lawsuit has been filed by its customers. It will be interesting to observe if Coincheck indeed keeps the promise of repaying all its customers. In the wake of the event, the country’s Financial Services Agency announced plans to inspect fifteen not yet licensed crypto exchanges. Also, several of them are said to have started forming a self-regulatory group.

The need for cryptocurrencies regulations is still a prevalent topic in the opinions of the Western world authorities. In February we heard calls from French and German finance ministers and their US counterpart for discussing this subject during the upcoming G20 summit in March. This view was also supported by the IMF managing director. Next month we’ll see if the Western authorities move beyond official statements and into specific actions in this regard.