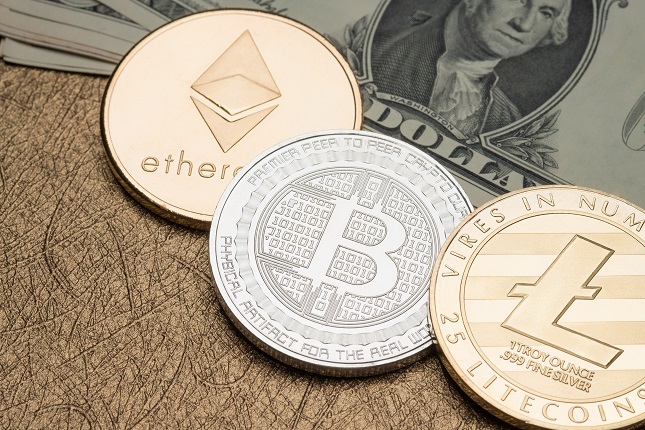 The CEO of NASDAQ Adena Friedman gave a big thumbs up for cryptocurrencies yesterday via an interview given on CNBC. The head of NASDAQ said she is open to letting regulated cryptocurrencies trade on the exchange in the future when the digital asset market matures. Friedman was also vocal about the need for the Security Exchange Commission to expand its supervision over Initial Coin Offerings to protect investors.

Bitcoin roared near the 9300.00 U.S Dollars level yesterday, but has been brushed back overnight and early this morning. The digital asset is trading near 8800.00 and speculative action has been fierce. Bitcoin has enjoyed a solid two-week uptrend. Important psychological resistance remains around the 10,000 level, while support in the short term appears to be the 7500.00 juncture. If Bitcoin breaks through resistance or falls below support, it will set off a large chorus of voices from either it’s always positive ‘camp followers’ – or its critics. The next two days of trading for Bitcoin will be intriguing.

It has been a positive and big week for cryptocurrencies as they have essentially gotten a vote of confidence from Goldman Sachs and the NASDAQ. However, this doesn’t mean the value of cryptocurrencies will trend in a positive direction. The bear market which has engulfed digital assets the past four months has not completely vanished. Traders need to remain alert and volatility is certain to be part cryptocurrencies as speculative elements remain powerful.

Moscow will host the World Blockchain Summit today and tomorrow. It will be attended by cryptocurrency leaders and Blockchain experts.