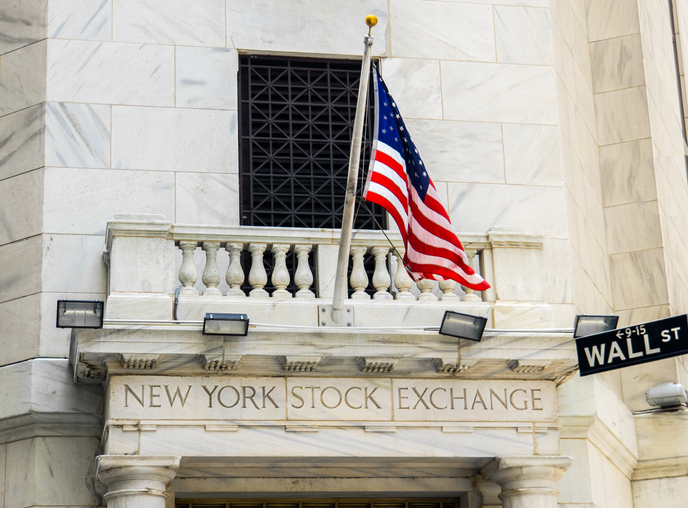 The major U.S. stock indexes closed mixed on Monday after posting a wicked two-sided trade throughout the session. The catalysts driving the volatile price action were concerns about a new coronavirus strain in the U.K. The news outweighed optimism over a vaccine-fueled rebound in economic growth and a new COVID-relief package in the United States.

Volatility in U.S. equities jumped as the indexes swooned. Though well off its highs in afternoon trading, the CBOE Volatility Index, known as Wall Street’s “fear gauge,” was still on track for its largest one-day gain since late October.

Financial stocks helped bailout the Dow and the S&P 500 Index, rallying more than 1% after the Federal Reserve said the largest U.S. banks could resume stock buybacks.

U.S. bank shares outperformed the broader market on Monday, led by Goldman Sachs and Morgan Stanley, after the Federal Reserve said stress test results meant the sector could resume stock buybacks for the first time since the coronavirus-led downturn.

The Fed said the biggest U.S. banks had enough capital to withstand over $600 billion in losses from a short, sharp economic slump, as well as a moderate longer-lasting downturn, and would now be permitted to pay out dividends and buy back stock on a limited basis.

Earlier this year, the Fed barred banks from buying back stock to help them build capital reserves because of the COVID-19 pandemic.

Goldman shares were last up 7.2% after surpassing their January high for the first time since the COVID-crisis. Morgan Stanley was up 5.9% and trading at its highest since September 2007.

Shares of U.S. airlines tumbled in premarket trading on Monday as a new fast-spreading COVID-19 strain in Britain renewed fears of widespread travel bans, with many countries barring flights from the United Kingdom ahead of the peak holiday season.

The news comes when U.S. carriers are burning $180 million in cash daily as passenger volumes remain down nearly 70% from year earlier levels due to the restrictions triggered by the pandemic.

Shares of Delta shed about 7%, while those of American Airlines and United Airlines fell about 6%. Southwest Airlines dropped about 5% in premarket trading.