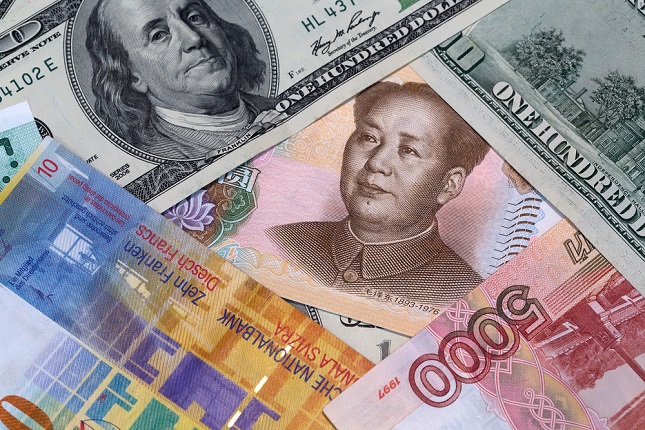 On Monday, the Chinese Yuan pair remained stuck majorly within the 6.8358/6.8487 range bracket. The USD/CNY pair had slipped drastically following positive updates from the US-China trade front. In the G20 meeting, President Trump offered some concessions to the Chinese counterpart. Trump promised no new tariffs and some relaxation over the restrictions imposed on Huawei Technologies Co.

Also, Beijing came into an agreement with Washington to purchase US agricultural products. Hence, the pair had made a downturn following the trade truce news, dropping 0.39% gains, reaching 6.8359 mark on Saturday. Today, the June Caixin Manufacturing PMI reported slightly lower than market expectation, recording 49.4 over 50.0 forecasts. This negative Chinese report allowed the pair to move away from 10-day low, touching 6.8459 level. Strong uptrend seems to lie ahead in the coming sessions as the pair was forming a Cup-and-handle chart pattern.

On the first day of July, the USD Index showcased some great movements, taking the Index from 96.26 level to 96.66 level. At around 15:48 GMT, the Greenback was testing the healthy 96.68 resistance mark. Speculations over a near-by Fed rate cut seemed to loom, considering the deepening uncertainty around the trade front.

“It does appear that, in particular, the negotiations between the U.S. and China are resuming, which is obviously a positive development but beyond that, ultimately, how those negotiations got resolved is certainly going to be an important factor in thinking about prospects for the global economy.”, said Fed Board of Governors Vice Chair Richard Clarida.

The Euro pair was heading south on Monday amid weaker economic data. The German June Unemployment and Manufacturing PMI data release disappointed the traders. The Unemployment Change came around -1K over -3K market estimations.  The downtrend that initiated on June 28 continued to take over the pair even today. The EUR/USD pair opened up the day near 1.1360 level and remained below the same mark throughout the day. The pair attempted a slight recovery after rebounding from 1.1316 level but got capped near 1.1360 mark. After touching that pivotal mark, the pair dropped 0.56% reaching near 1.1296 level at around 16:47 GMT. The pair had already reached the 10-day bottom in the evening session.

The Aussie pair made the opening for the day near 0.7026 level and kept the downward motion intact. At around 17:15 GMT, the AUD/USD pair was trading near 0.6957 level, 0.99% down since the last closing. During the early hours, the RBA came up with the June YoY Commodity Index SDR. The Street analysts had estimated a 3.4% increase in the Index this time. Somehow, the actual statistics reported a higher figure of around 13.0% over the market expectation of 14.9%.

Nevertheless, the leading cause behind the Monday losses remained the RBA rate cut hopes. The market expects the Central Bank to cut the July interest rates from 1.25% to 1.00%, a 25 bps reduction. Speculations underpinned the Australian unemployment figures and the US-China trade deal chaos as the primary driver for a rate cut.