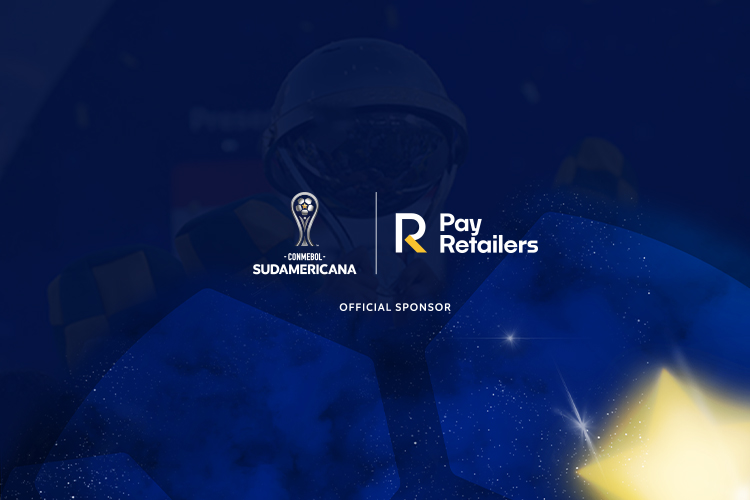 Football is more than just a sport in Latin America. In many ways, it acts as a bridge between people in the diversely populated continent. On the other hand, PSPs like PayRetailers, are also working to connect people across Latin America.

The region is home to a vibrant fintech scene, due to the massive pent-up demand from vast sections of the population, who have remained unbanked for years. In some Latin American countries, only 30% to 50% of the population have an account with a financial institution, compared to 90% in the US, UK, or Spain. With its next-generation payment technology, designed to handle mass online payments in the Latin American market, PayRetailers believes that partnering with this popular annual event can raise awareness among the masses regarding fintech solutions.

While the people live and breathe the football in LatAm, the PSP platform helps them with everyday life, from making online payments via mobile apps to facilitating cross-border eCommerce for new companies. By partnering with CONMEBOL, PayRetailers aims to make an impact by associating itself with a popular tournament that has almost become part of the culture of the people.

In the rapidly evolving digital economy in Latin America, technology remains at the heart of everything, from sports to payments.

Increased Role of Technology in Football Play and Broadcasting

From enhancing sports performance to enabling umpires, referees, and sports officials to make quick and fair decisions on rule infringements, technology plays a prominent role in the world of football today. While coaches use tablets to create strategies, performance systems that utilize cameras and transmitters are worn by players to analyze their individual performance as well as that of the entire team.

CONMEBOL and its broadcast partners create unique experiences for viewers across traditional broadcast channels, OTT platforms, digital media, fantasy games, and more. Data-powered solutions are now being used to offer a huge amount of ancillary content, which satisfies the need for more live information during a match. CONMEBOL has partnered with firms providing video assistant referee technology and sports AI and data.

These partnerships strengthen the confederation’s commitment to ensuring that media and technology partners covering the matches have access to the highest quality data to bring every match to life for viewers around the world. Through an extensive range of feeds, detailed data will be used to deliver broadcast graphics, automated highlights, digital match centers, fantasy experiences, and more.

PayRetailers is proud to be the official sponsor of such a mega event, held by one of the most prestigious sports institutions globally, that includes some of the brightest minds both on- and off-field.

It takes planning and effort to make an international football event enjoyable for viewers globally. The same holds true for building and supporting a robust PSP platform. As with CONMEBOL, PayRetailers boasts perfect product-market fit, with its next-generation payment solutions for the LatAm region.

The platform uses the latest technologies in multi-device accessibility, data analysis, and cross-border payment terminals, to offer services in one of the most difficult regions in terms of fintech adoption. The complex task of connecting diverse regions in the continent is made possible through partnerships with local IT service companies and banks. Various transactions and payment confirmations are handled in real-time on a single platform, including forex transactions with settlements in USD, EUR, and BTC. The suite also leverages AI to enable security and fraud detection, using data from multiple sources, such as credit bureaus and government data.

Over 12 LatAm nations are connected to the PayRetailers network, which currently processes more than a million monthly transactions. A 24/7 multilingual support team makes the process of onboarding and troubleshooting simple and convenient.

If you want to be part of the eCommerce and digital payments boom in Latin America, you need a sophisticated and versatile payment suite, like PayRetailers, to help your company scale into the vast region. With over 250 forms of payments, including cash-in, credit card, and e-wallet transactions, all in real-time and at competitive rates, you can have efficient, single integration solutions to reach diverse consumers in Latin America.