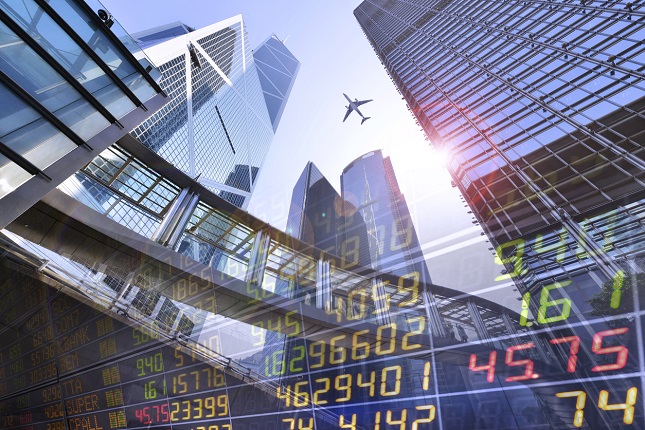 The Wall Street Journal reported that China is ready to settle its trade dispute with the US. However, Chinese President Xi has some terms to present to President Trump.

China wants the US to lift its ban on the sale of US technology to telecommunications company Huawei Technologies Co. Another condition is for the US to remove all punitive tariffs and stop efforts to get China to buy more US exports than previously agreed.

Treasury yields have been range bound for most of the week with the 10-year yield continuing to range just about 2%. Gold prices have been drifting lower since hitting multi-year highs earlier in the week. The yellow metal was last seen hovering around the psychological $1400 for a second consecutive session.

US GDP Rose an Annualized 3.1% in the First Quarter

The third reading of US GDP came in as expected, at an annualized 3.1% for the first quarter. Unemployment claims were a bit higher than expected, with seasonally adjusted initial claims at 227,000 last week. Analysts called for 220,000 claims. Pending home sales are scheduled for release shortly after the market open.

Oil prices are diverging somewhat from the well-known correlation with equities. WTI Crude oil is down 0.4% at the time of writing. Some technical resistance is in play as both the 100 and 200-day moving averages are interesting right around where the instrument currently trades.

The S&P 500 is down on the week, and has erased about three-quarters of last week’s gains in the week thus far. The index stalled out briefly trading at fresh record highs last week.

The Federal Reserve provided a catalyst for downside pressure in equities following two Fed member speeches earlier in the week. The speeches readjusted market expectations for easing measures in the United States. Ahead of the speeches, speculation had been growing that the central bank will cut 50 basis points in July.

The German Dax is up ahead of the US market open, however, the UK FTSE, French CAC 40, and Euro Stoxx 50 are all in the red. Volatility has been subdued for most of the week and all indices are trading not too far from where they started the week out.

Inflation figures out of Spain came in softer than expected. The National Statistics Institute reported year over year CPI to rise 0.4% in the flash reading versus an analyst estimate of 0.8%. It was the second consecutive report where the figure fell short. The consumer price index in Spain has been on a steady decline after topping at 2.3% around summer time last year.

Consumer prices in Germany were reported to rise ahead of expectations. Destatis showed preliminary CPI rising 0.3% in June, ahead of an expected rise of 0.2%. The figure was

The Japanese Nikkei rebounded sharply on Thursday, closing for a gain of 1.19% on the day. The index is in green territory for the week following today’s rise. However, it remains within the limits of a broader three-week range.

A weaker Japanese yen boosted the Nikkei as USD/JPY crossed above the 108 handle in early day trading. Despite a pullback in the currency pair back below the psychological price point, the yen remains the weakest major currency in the day thus far.