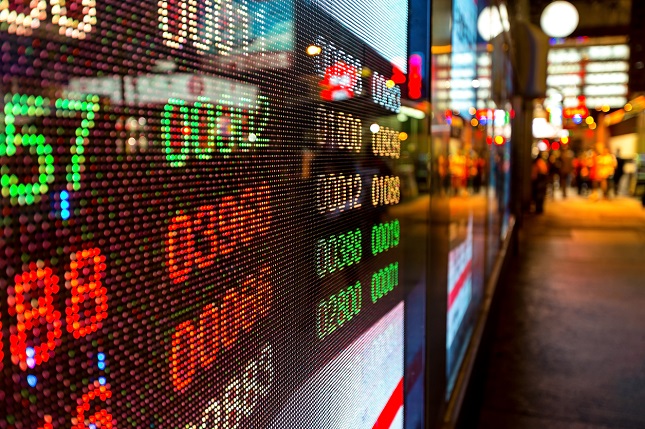 American markets had an impressive rally on Tuesday, triggering the growth of S&P500 and DJI indices by 2.2% during the day. The market participants’ enthusiasm was based on a strong start of the reporting season of the largest U.S. companies.

Johnson & Johnson (positive signal for household demand) and Goldman Sachs Group Inc. (good news for the banking sector) exceeded market expectations. In addition, the positive tone of the markets after their closure supported a take-off of Netflix shares. The shares of the company at the pre-bid add 12%, pulling up the quotations of other IT-Giants.

Regular statistics from the United States also managed to maintain a positive attitude. The number of open job vacancies in the United States has updated the historical record in August, the Bureau of Labour Statistics reported yesterday. Industrial production has grown for the 4th month in a row, adding 0.3% in September.

On the contrary, the data from Europe were not so bright. German Business sentiment index from ZEW fell by 14.1 points to the July lows -24.7. Uncertainty in the world trade strongly suppresses export-oriented business optimism of the country. The weak Merkel’s party results in local elections in the German regions are also exerting pressure on a single currency.

As a result, the single currency could not catch the levels above 1.16000 dollars. On Wednesday to the beginning of the European session, EURUSD is trading around 1.1550, despite the recovery of the demand for risks, which often plays against the American currency.

On Wednesday, the publication of the Fed’s minutes following the September meeting is on the market’s agenda. The Committee is expected to maintain its bias towards a further tightening of the monetary policy, hinting at the possibility of hikes in December and several more increases next year. Although Trump does not weaken the grip, almost every day criticizing the Fed, so far these comments have not had a long-lasting impact on the stock markets and the dollar. It is likely that the markets will continue to respond more to the Fed’s comments than to the president’s statements about the dollar.