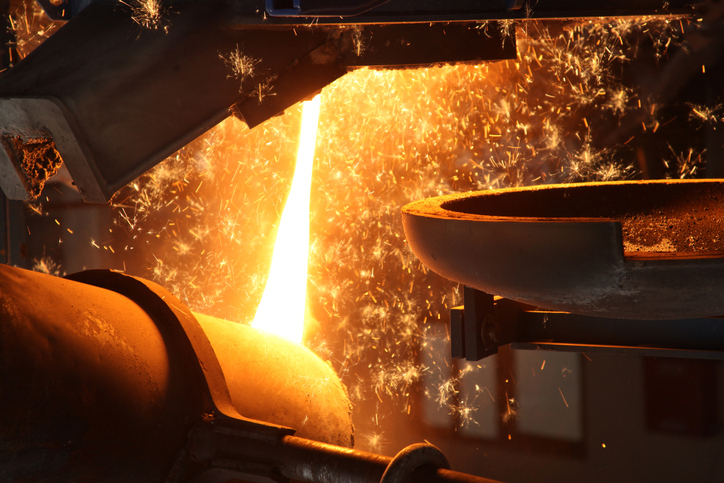 Precious metals such as gold, silver, copper, palladium, and platinum are trading negative on Thursday following an ambiguous Federal Reserve stance about rate cuts and concerns about inflation.

Copper suffered 4.0% loses, Platinum over 2.4%, and palladium dropped 2.6% on Wednesday. The gold’s decline was moderate with only a 0.5% drop on Wednesday. However, all metals all extending declines on Thursday.

Gold and other metals are trading lower as an increase in Treasury yields is supporting dollar against competitors. Treasury yields are up following remarks from the Federal Reserve on Wednesday at the end of its 2-day FOMC meeting.

Although the Fed didn’t change the prime interest rate, they did a small change in interest paid on excess reserves of banks at the Fed will, It will be now at 2.35%, 0.05 percentage points lower than before.

Powell also insisted that inflation is moderate and the weakening in the first quarter was temporary, but it is running below the Fed’s target.

Gold is trading down on Thursday as the metal is extending its losses performed on Wednesday. Investors are finding more attractiveness on riskier assets and dollar against other currencies, pushing the metal under pressure.

FX Empire analyst James Hyerczyk highlighted the positive environment in economic and political topics as a reason for the gold decline. He also hinted in a recent article that it is just about the beginning.

“How can one argue against lower gold prices given that inflation is well below the Fed’s 2% target, the Dow Jones Industrial Average is up about 14% in 2019 and the S&P 500 Index and NASDAQ Composite hit record highs earlier this week?”

He also remarked that “the government survived a shutdown, Trump survived the Mueller investigation, Brexit has been a non-event, and the U.S and China are close to ending the trade dispute.”

Silver is trading in a consolidation mode following the 1.9% decline on Wednesday. It is now moving at 14.68 after visiting 14.60, its lowest level since December 24.

As mentioned in yesterday’s article, the metal is now trapped in a new range between 14.50 and 14.80. Let’s see how it evolves at this point.

Technical conditions are negative in the daily chart with the 20-day moving average in its way to cross below the 200-day MA. Next supports are at 14.60 and 14.50.