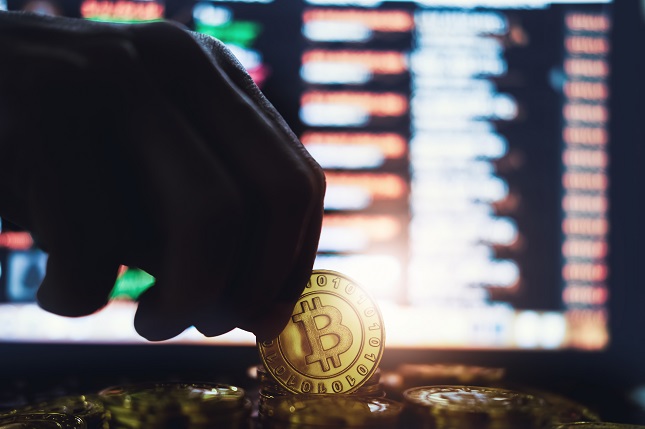 Director of Financial and Risk Innovation at Thomson Reuters Sam Chadwick said that conversations with various clients have revealed that many hedge funds and other asset managers are showing increased interest in adding crypto to their portfolios. The increased enthusiasm is in line with a recent Thomson Reuters survey that shows one in five financial institutions have plans to start buying and selling crypto in the next 12 months.

In my opinion, this goes to show that the crypto world and the mainstream finance worlds are not, contrary to popular opinion, pitted against one another, but are rather working together to achieve a new financial landscape that is more compliant and diversified than ever before. Here are five financial institutions that either already has – or will shortly- incorporate crypto into their mainstream trading platforms.

The CME and Cboe were the two first institutions to launch regulated Bitcoin futures in December 2017, ultimately serving as the initial trailblazers in the trend towards mainstream crypto adoption.

“Futures are the first phase in bringing the Wild West of digital currencies to the mainstream. Next steps are ETFs (exchange-traded funds) and other national stock exchanges adding their own flavors of derivative products,” Charles Hayter, CEO of digital currency site Crypto Compare, said, which very much reflects the current changes taking place in the current landscape.

Goldman Sachs, one of the most prestigious financial institutions, is opening the first Bitcoin trading operation at a Wall Street bank.

Many Goldman clients view bitcoin as a valuable commodity similar to gold. “It resonates with us when a client says, ‘I want to hold Bitcoin or Bitcoin futures because I think it’s an alternate store of value,” said Managing Director of Securities Division at Goldman Sachs Rana Yared, one of the Goldman executives overseeing the creation of the Bitcoin trading operation.

This trend is aligned with my belief that both crypto and gold draw striking parallels: both commodities are finite and act as a hedge against inflation, as well as economic and global volatility, as they are removed from the stock market and all governmental entities.

“In terms of having a trusted institutional player, it has been something I have been looking for in my own trading — but it didn’t exist,” said Justin Schmidt, Goldman Sachs’ first “digital asset” trader, in describing his decision to join the Goldman Sachs’ prestigious team.

Indeed, I believe that Goldman’s decision to move ahead and establish a Bitcoin trading operation makes them a trailblazer in setting a new standard for cryptocurrencies’ mainstream adoption.

Nasdaq CEO Adena Friedman confirmed that the Nasdaq is evaluating how to offer cryptocurrency futures in a different construct than competitors CME and Cboe, which both launched Bitcoin futures contracts in December 2017.

“Certainly Nasdaq would consider becoming a crypto exchange over time,” Friedman recently said. “I believe that digital currencies will continue to persist it’s just a matter of how long it will take for that space to mature. Once you look at it and say, ‘do we want to provide a regulated market?’ Certainly, Nasdaq would consider it.”

The Nasdaq recently announced a collaboration with cryptocurrency exchange Gemini. “Our deployment of NASDAQ’s SMARTS Market Surveillance will help ensure that Gemini is a rules-based marketplace for all participants,” said Co-founder and CEO of Gemini Tyler Winklevoss, further demonstrating that the crypto sector and mainstream financial institutions are working together to ensure that the crypto sector remains compliant, regulated, and fair.

According to an unnamed insider at Morgan Stanley, the financial institution is moving quickly to add cryptocurrencies to its trading products, with the goal of creating a specific desk for institutional traders, ICOs, and arbitrage. One unnamed source said: “Truth be told this is the next arms race. Everyone is rushing into cryptos. Everyone…It is the digital gold rush. And our firm wants to get there and pull as many levers as we can.”

In an ironic twist of fate, the financial institution that once denounced Bitcoin as a fraud is now facing a class-action lawsuit alleging that the bank overcharged its credit card customers when they used funds to buy cryptocurrencies. The bank, one of several institutions that banned customers from purchasing cryptocurrencies with their credit cards in February, had treated such expenses as “cash advances” back in January without notifying customers. “The complete lack of fair notice to Chase’s cardholders caused them to unknowingly incur millions of dollars in cash advance fees and sky-high interest charges on each and every crypto purchase,” the complaint said.

I believe that this lawsuit further confirms that Bitcoin is a force to be reckoned with. In my opinion, the increased regulation that the crypto sector is facing is a good thing, as it fosters transparency. But it should not be one-sided: this same transparency should also be expected from mainstream financial institutions.

For the record, JPMorgan CEO Jamie Dimon was later quoted as saying that he regretted calling Bitcoin a fraud.

Due to the increased regulation and the massive amounts of institutional money now being allocated to the crypto sector, I believe that it is only a matter of time before we see a dramatic price hike for Bitcoin and many other digital currencies.