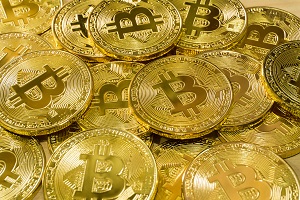 Bitcoin and other digital assets have added value this morning as buyers have shown their speculative teeth again.

As cryptocurrencies enjoy a moment of speculative buying, it may also prove worthwhile to acknowledge how far their sphere of influence has grown over the past year. While talking about regulation regarding the trading of digital assets has gained fervor in places like the U.S, Japan, the U.K and a host of other countries – this has not deterred the steady growth of new business ventures. And this weekend, Iran which has been rumored to be considering a state-run cryptocurrency, announced it is banning independent cryptocurrency trading as it tries to fight a disintegrating economy while its citizens search for stable assets. Meaning the influence of cryptocurrencies continues to build a foundation, even as virtual assets deal with controversial issues and governments respond reactively.

Bitcoin has powered higher this morning. The cryptocurrency was quiet yesterday as it hovered near the 8,900.00 U.S Dollar level, but Bitcoin has found additional buyers and is currently close to 9200.00 Dollars. The digital asset is now within a value range not experienced since early March. The question is where momentum will take Bitcoin next? The last ten days have provided a solid kick start for buyers. If the cryptocurrency can punch through resistance at its current values, traders will target the 10,000 U.S Dollar mark. For traders who believe the bear trend will flare again, the 8400.00 level should be watched carefully.

Goldman Sachs Indicates it is Growing Serious about Cryptocurrencies

Toronto, Canada will host a Blockchain conference today. The event is part of a coordinated ICO roadshow which met in Silicon Valley and New York City the past week.