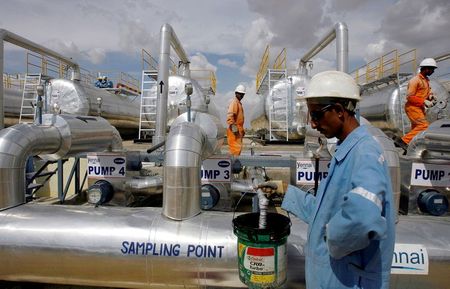 London-listed Cairn is involved in a long-drawn out tussle with the Indian government over tax claims and was awarded damages of more than $1.2 billion by an international tribunal late last year.

New Delhi has filed an appeal against the decision it calls “highly flawed”.

Citing government officials and a banker, Reuters and other media reported on May 6 that the finance ministry had asked state-run banks to withdraw the foreign funds on concern that courts abroad could order that assets in their jurisdiction – including bank accounts – be remitted to Cairn.

The ministry, which gave no comment at the time, called the reports “false” in a statement on Sunday, saying no such instructions had been issued.

“Government of India is vigorously defending its case in this legal dispute … Constructive discussions have been held and the Government remains open for an amicable solution to the dispute,” the statement said.

The international tribunal had ruled unanimously that India had breached its obligations to Cairn under the UK-India Bilateral Investment Treaty and awarded Cairn damages of $1.2 billion-plus interest and costs.

Indian authorities in 2014 had demanded 102 billion rupees ($1.4 billion) from Cairn for taxes it said were owed on capital gains related to the 2007 listing of the company’s local unit.

“The Government has raised several arguments that warrant setting aside of the award,” the finance ministry’s statement on Sunday said.