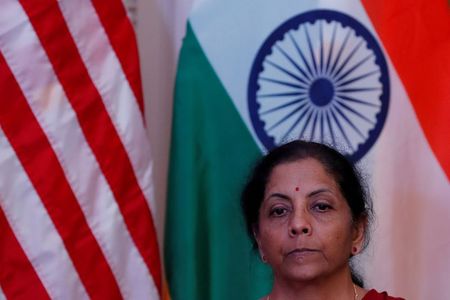 In her budget for the financial year 2021/22, Finance Minister Nirmala Sitharaman designated 200 billion rupees ($2.8 billion) for such a body, aiming to help fund a proposed $1.5 trillion in infrastructure projects.

“I expect the institution to raise up to 3 trillion rupees in the next few years,” Sitharaman told reporters after a cabinet meeting, referring to a figure equivalent to $41.4 billion.

She said initially the new institution would be government-owned, with its stake being cut gradually to 26%.

The DFI would seek to raise funds from global pension and insurance sectors for investment in new projects, carrying certain tax benefits, she added.

In the last five years, India has added more than 45,000 km (28,000 miles) of national highways to link major industrial hubs, while doubling capacity at ports and adding nearly 100 GW of power generation capacity for a total of 374 GW.

It aims to cut logistics costs to about 8% of GDP from roughly 14% now, in an effort to help hundreds of companies save on transport costs and boost sales once demand picks up.