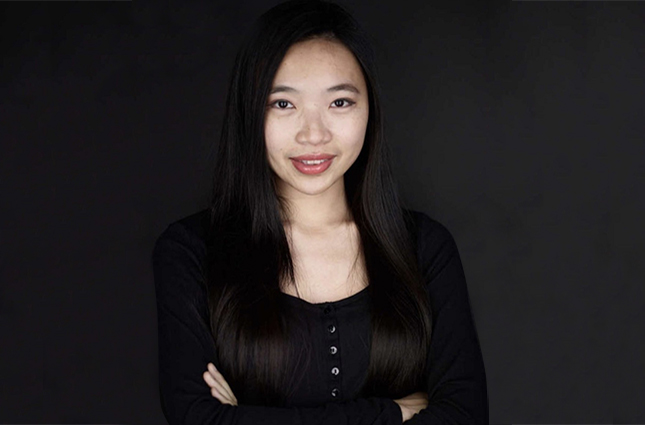 I came to the United States in 2016 to do Venture Capital. I was exploring the opportunities in different verticals by doing Angel investing in the Silicon Valley.  The first vertical I was investing in is Artificial Intelligence. But I realize it’s not demoralized, only a few people who have the strong academic background have the opportunity to create something from the current technology, and the Capital market also dominated by the top tier VC firms and tech giants like Google or Facebook. I like things that more democratized, not only accessible to the few people. Then I started to look at blockchain space in Jan at 2017, right before of the crypto bull market. I started to invest in tokens and ICOs. I am so excited about the democratized investing opportunities that ICOs and tokens bring to the common people. It’s the first time people in every country of the world have the same opportunities as the Venture Capitalist in Valley to invest in ICOs. I believe it’s the future of investing and financial system. I think I have found the next big thing that I want to do in my next few years after I exited from my first startup in China in 2015. Then I launched Coefficient Ventures in September 2017, it’s a crypto fund investing exclusively in blockchain ecosystem globally. We want to build an influential crypto fund to accelerate the process of democratizing the old financial system and build a new world that never exists before. We have made more than 25 investments so far, including Filecoin, Raiden, Zeppelin, Thunder, Nucypher, Tari, Urbit, Tomochain etc, and the capital made more than 20X returns at the peak in less than 6 months.

Coefficient Ventures is a crypto fund, which our capital is holding in crypto assets instead of USD such as Bitcoin, Ethereum, and other altcoins, focusing on investing in blockchain vertical projects and startups. We allocate 80% of capital in tokens and ICOs and 20% of capital in equity of blockchain company worldwide. Compared with traditional VC firms, we are more demoralized and community driven, we have more than 500 community members worldwide to support us in terms of deal sourcing, due diligence, and doing post-investing service for our portfolios.

We haven’t done ICO, so our current money is not from the ICO. But we do have future plans to launch an ICO for an experiment fund, it’s still in stealth mode. We think we should explore more deeply in the token structure and new governance of a fund. I was intrigued by the vision of democratizing the current financial system and decided to all in the blockchain. But because of regulatory issues of different countries, most of the projects canceled their public ICOs and not accepting any money from the common people. We are back where we are before, the top tier VC firms got the top deal flows and made the money, leaves almost no room for the common people. That’s not what the ICO was born to be. We have the mission that we want to all the people in the world should have the same opportunity in this new technology wave, not just people in the Silicon Valley.

I felt excited about the idea of the DAO when I first read about it. That is what the capital market should to be. People from any background and anywhere could get funding as long as the project itself is good, it shouldn’t like how it looks like today, people living in the valley maybe have larger chance to get funded because of network effects.

So we will use our experiment fund to build a more decentralized crypto fund, people from all over the world have the equal access to the top investments opportunities in the world. The biggest challenge is coming from the legal side, but we will try our best to make it work and legal compliance ready.
4, How does Coefficient Ventures different from similar services? How can your innovative service assist investors and the blockchain technology development?

We see lots of small and medium sizes crypto funds are rising and performed well, but they are still limited by the team or resources they have and every fund is going through the same process and problems, we want to build a new governance model and infrastructure for all those funds, everyone could use our community resource and let everybody be more convenient to work with each other.

I think we will fund more long-term and diversity projects that help move our industry forward by setting up this decentralized fund and have the chance to change the venture capital landscape.

Everybody can join our community first and start to know more about our vision. Then they can start to contribute to Coefficient in their own way. Everybody has their unique talent, we think the biggest change that blockchain brings to the world is that we are reinventing what’s the future company looks like. There will be no employees, no Headquarters, no salary. Everybody is their own boss. They can choose to be rewarded whatever tokens that they are believing in and try their best make that project great and get returns. This structure will be more sustainable than the traditional organizational structure. All of us like freedom, not like a machine style living. But we have to do it step by step, the 1.0 stage still we need to combine with hiring some core members in order to move things fast.

We think a token sale is the most important thing in the whole blockchain revolution. We can start to build things never existed before in the world based on tokens. New organization structure, new incentive, new projects that changing the world.

The community behind the token sale is the most powerful team member in the world. It’s not just about the funds raised by the token sale, more importantly, it’s about new incentive system empowered by our tokens.

Building a team, and start to implement our new governance model in a test scale and get the feedback of our community, keep iterating our governance model based on the data we get from the real practice. We want to build something that really works and have the real world use case for blockchain.  The governance we applied on our fund structure, we think it’s could benefit from other projects’  governance model building. This world is all about incentive and governance. If people get enough incentive, problems will be solved.