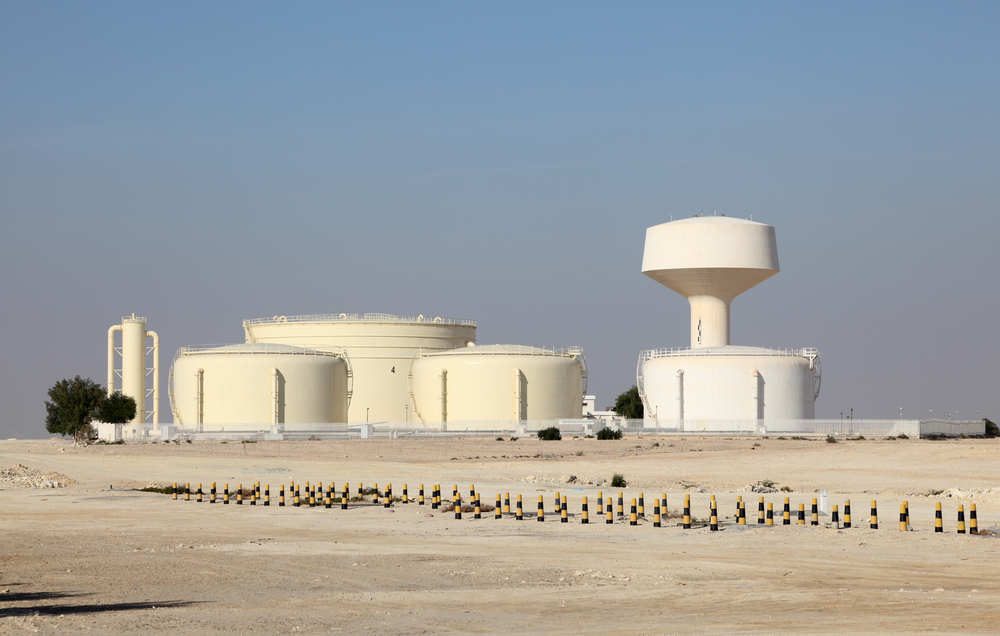 After the world’s largest IPO ever by Saudi national oil company Aramco, others have been putting up part of their assets also up for sale. Saudi Arabia and the UAE have been leading the flock. Now a new star could emerge, Bahrain’s national oil company NOGA is considering options to access private-equity funding for some infrastructure assets.

Bahrain’s minister of oil Mohammed bin Khalifa Al Khalifa stated to Bloomberg Television that they are considering selling energy assets. The minister indicated that “we have got a lot of infrastructure assets that can easily be” structured for private-equity funding. First target could be to open up Bahrain’s pipeline to Saudi Arabia for a private equity deal. Other options could be an LNG import vessel and several upstream assets. Manama seems to be jumping on the train set in motion by Saudi Arabia, UAE, Qatar and others, to sell energy assets or issue bonds based on these assets.

No specific details yet have come forward, but a potential offering of a stake in the Saudi-Bahraini crude oil pipeline, which is supplied by Aramco, as an another outlet for Saudi oil, but also is used to supply Bahraini petrochemical and refinery projects, could be a major source of income. The so-called AB-4 pipeline was inaugurated, to replace an older one, in 2018. The new 112-km long AB-4 oil pipeline has a capacity of over 350,000 barrels of crude oil per day, which will replace the existing 73-year-old pipeline system. The new oil pipeline starts from Saudi Aramco’s Abqaiq Plants and finish at the Bahrain Petroleum Company (Bapco) Refinery in Bahrain.

The remarks that potentially upstream assets could also be in the offering is opening up a new discussion. Even that Bahrain is a very small oil producer, slated to produce around 50,000 bpd from its own fields, and shares production of a Saudi-Bahraini field of 150,000 bpd, the potential could however be much bigger. As indicated last month, NOGA, the National Oil and Gas Authority or national oil, is discussing at present a major tender round for its offshore shale Al Khaleej field.

The potential of that field is still unclear, but inside information links it to a major production expansion potential of the tiny island state. The Gulf Arab state in 2018 announced the discovery of the Khaleej al-Bahrain field, its largest oil and gas find since 1932, situated off Bahrain’s west coast and estimated to contain at least 80 billion barrels of tight (shale) oil and the country has been looking for foreign investment to help to develop it. Bringing in additional financial backup to start up production in 2022 is possibly a main driver for the current private-equity discussion. Bahrain is also rumored to be talking to major oil and gas companies, such as ENI, but also Gazprom and others, to start up the world’s first shale oil and gas field very soon.

Production comes from just one field – the onshore Bahrain Field (also known as Awali) – which was discovered and brought onstream in 1932. Bahrain also receives a 50% share of production from the Abu Sa’fah field in Saudi Arabia.

At the same time, IPO fever is growing. Abu Dhabi’s national oil company ADNOC is slated to be close to hire First Abu Dhabi Bank and JPMorgan as primary arranger for the drilling unit IPO. The Abu Dhabi giant is expected to sell a minority stake in the drilling unit, valued at around $10 billion. ADNOC Drilling already has a minority shareholder, as BakerHughes acquired in 2018 a 5% stake, in a deal putting up the value to $11 billion.

ADNOC is considering an IPO for its drilling unit but also for a fertilizer joint venture called Fertiglobe, The deals could raise more than $1 billion each. If the deal goes ahead, it would be the oil company’s second listing of a unit on the Abu Dhabi stock exchange after it listed ADNOC Distribution in late 2017, raising 3.1 billion dirhams ($844 million).

ADNOC Drilling owns and operates a large fleet of rigs, including 75 onshore rigs, 20 offshore jackup rigs, and 11 well water rigs, according to its website. Emirati sources have indicated that no formal mandates yet have been awarded, but JPMorgan and FAB are front runners. The ADNOC Drilling IPO will be listed on the Abu Dhabi Securities Exchange. The Emirate is trying to revamp its dormant stock market.