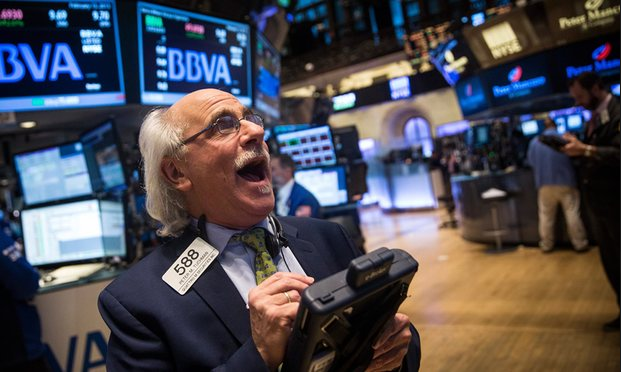 The U.S. Labor Data Is Strong

The U.S. nonfarm payrolls report was much better than expected and helped lift equities in early trading. The headline 196,000 is 20,000 above consensus and strengthened by positive revisions to both January and February. Data within the report shows unemployment held steady at 3.8% while average hourly earnings increased by 0.1%. Average hourly earnings are up 3.2% from last year and driving consumer health. The Dow Jones Industrials, S&P 500, and NASDAQ Composite were all edging higher in early premarket trading and then extended those gains to 0.5% after the NFP release.

In trade news, both President Trump and Vice Premier Liu He issued positive statements following their Thursday meeting. Vice Premier Liu He says a new consensus has been reached in regards to the text of the agreement in progress. He delivered a message to Trump from Chinese President Xi Jinping to the effect substantial progress has been made and he hopes a quick resolution can be reached. President Trump says they are making swift progress and a deal is possible within the next four weeks.

European Markets Are Mixed At Midday

European equities were flat and mixed at midday as traders digest the latest trade news. The good news is that both sides are positive on progress, the bad news is the timing of the deal has been pushed back another two weeks. The DAX was trading the weakest, hovering near 0.0%, while the other major indices were up about 0.25%. Basic resources led the gains with an advance of 0.50%. The sector has extensive exposure to China and is sensitive to trade news.

Growth concerns are weighing on sentiment despite the trade news and U.S. labor data. Yesterday’s decline in German Factory Orders only the latest in a round of data pointing to slower growth. Compounding negative sentiment is an expected downgraded growth forecast from Italy. Italy is expected to reduce its GDP forecast to only 0.1% after projecting 1.0% at the end of last year.

In stock news, shares of Italy-listed Saipan shot to the top of the charts in early trading. The driller announced $200 million in new contracts that could fuel revenue long into the future.

Trading in Asia was mixed as traders wait on concrete trade news. The Japanese Nikkei led the advance with a gain of 0.38% with shares of Fanuc and Hitachi Construction in the lead. Both companies have exposure to China and are sensitive to trade news, both stocks advanced more than 1.15% in Friday trading. In economic news, Japanese Household Spending increased by 1.7% but less than expected.

The Korean Kospi posted the second largest advance, 0.14%, despite a warning from Samsung 1st quarter profits could be down as much as -60%. The Australian ASX was the only index to post a loss. Markets in the Greater China region were closed for a holiday.