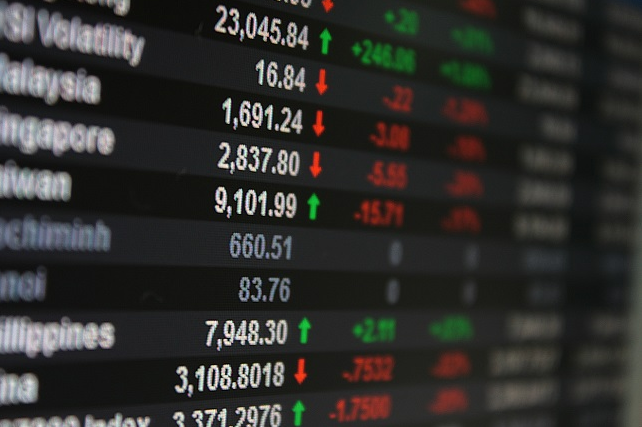 The U.S. futures were indicating a mildly higher open for the equities markets on Wednesday. The Dow Jones Industrial Average was trailing with a gain of 0.15% while the S&P 500 and NASDAQ Composite were both up more than 0.25%. The move is fueled by optimism for earnings but tempered by concerns as the peak-earnings season begins. This week marks the beginning of peak season, we can expect to hear from 75% of the S&P 500 over the next two and a half weeks.

In today’s news, shares of Morgan Stanley rose after the banking giant reported better than expected results. The company says revenue and EPS fell from last year but both came in above consensus estimates. EPS of $1.33 beat by $0.13 as net interest income and wealth management revenue grew. Earnings were also aided by lower compensation expenses. The company says they had a slow start to the year but expect momentum to build as the year progresses.

In economic news, the U.S. trade deficit with China fell -25% over the last month. The decline puts the deficit at its lowest level in nearly a year and is driven by increased exports to China. Net exports from the U.S. increased by $2.3 billion while imports increased by only $0.6 billion. Later today traders will be looking to the FOMC’s Beige Book for the lastest read on broad U.S. economic activity.

Optimism that the global economic slowdown isn’t as bad as feared is fading. The data from around the world confirm the slowdown is not as bad as forecast. The problem is tat in so doing, the data confirm the economy did indeed slow down. Along with this are a growing number of earnings reports, Netflix most notably, that include weak earnings guidance. The combination is not likely to lead to bear market but may induce a market correction sometime in the near future.

The EU equity indices were flat and mixed in early Wednesday trading. The German DAX was leading with a gain greater than 0.30% while the French CAC was close behind. The UK FTSE 100 was the only declining index with a loss near -0.10%. In stock news, basic resources were leading declining sectors with a loss near -1.0%. Miners like Rio Tinto and BHP Group fell more than -2.5% after Vale announced it would reopen its Brazil iron mine within 36 hours. Shares of Commerzbank jumped more than 2.0% after ING offered an unsolicited takeover bid.

Chinese 1st quarter GDP confirms that China’s economy has slowed. The good news is that the 6.4% read is a tenth better than expected and helps assuage the fear of further slowing. Analysts agree the news shows China’s stimulus efforts are working, the risk now is the PBOC will reconsider its last round of QE. Along with the data is new on March Industrial Production and Retail Sales, both of which came in above 8.5% and beat forecasts.

The Shanghai Composite led advancing indices with a gain of 0.29% with the Nikkei just behind at 0.25%. The Hang Seng, Kospi, and ASX were all lower at the end of the session. The biggest move was made by Australian paint supply company DuluxGroup after it received a takeover bid. Shares of the stock jumped more than 27%.