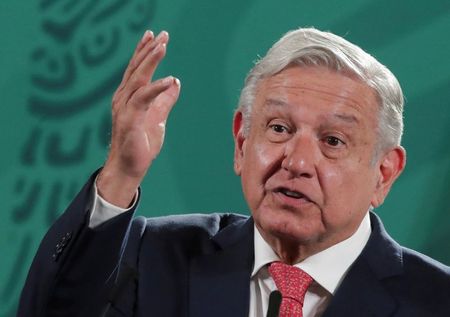 “It’s important to clarify that there will not be reforms promoted by the executive to increase taxes,” Lopez Obrador told a regular government news conference.

The finance ministry has flagged a fiscal overhaul with the lowest tax take in the Organisation for Economic Co-operation and Development (OECD) group of industrial nations.

But in an effort to protect a nascent economic recovery and avoid the type of unrest over taxes seen in Colombia, the government has softened the planned reform.

Lopez Obrador had promised to impose no new taxes or hikes for the first three years of his six-year term, but that halfway point will be reached in December.

Deputy Finance Minister Gabriel Yorio told Reuters the government does not plan tax increases in the fiscal reform, but will consider closing loopholes, making taxation more efficient and expanding the tax base.

Ratings agency Moody’s said it expects any tax reform “to be incremental, and not transformative,” meaning it will focus more on administrative issues rather than changing the structure of the tax system, which will limit the boost to revenues.