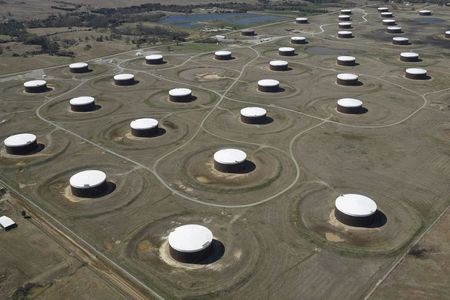 An OPEC+ decision to stick to plans for a phased easing of oil production restrictions from May to July underscored the group’s confidence in a recovery in global demand.

“The market is supported by the general belief that the COVID endgame is in sight. Yesterday’s decision from OPEC+ to leave the agreed gradual output increase in place between May and July was greeted with a strong performance,” Tamas Varga, analyst at PVM Oil associates, said.

“The market clearly thinks that these extra barrels will be easily accommodated as global consumption picks up in 2H 2021.”

U.S. bank Goldman Sachs said on Wednesday it expected “the biggest jump in oil demand ever, a 5.2 million barrels per day (bpd) rise over the next six months” as vaccination campaigns accelerate in Europe and demand for travel climbs.

Goldman said the easing of international travel restrictions in May would hike jet fuel demand by 1.5 million bpd.

In a report by OPEC+ experts, the group forecast global oil demand in 2021 would grow by 6 million bpd, after demand plunged by 9.5 million bpd last year.

“The oil cartel remains confident about the demand outlook as the economies of the U.S. and China rebound strongly. This helped to offset concerns about growing coronavirus cases in India, Japan and Brazil,” DailyFX strategist Margaret Yang said.

In India, the world’s third-largest oil consumer, the COVID-19 death toll surged past 200,000 and infections have climbed by more than 300,000 cases a day for a week.

The American Petroleum Institute reported crude stocks rose by 4.319 million barrels in the most recent week, sources said, a bigger build than expected.

U.S. Energy Information Administration (EIA) data is due at 1430 GMT on Wednesday.

“There is still an awful lot of surplus oil that OPEC+ is managing right now and there’s still a lot of uncertainty in the environment with the pandemic,” BP Chief Financial Officer Murray Auchincloss told a results call with analysts.