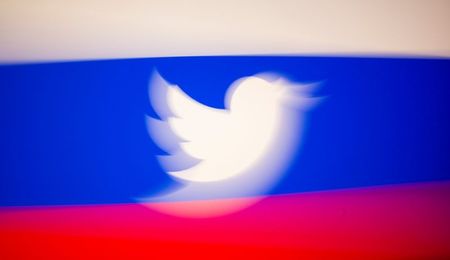 The move, which escalates a growing stand-off between Moscow and U.S. social media, comes weeks after Russian authorities accused Twitter and others of failing to delete posts it said illegally urged children to take part in anti-Kremlin protests.

Russia has traditionally taken a more hands-off role in policing the internet than neighbouring China. But as domestic political tensions have risen this year over the arrest and jailing of Kremlin critic Alexei Navalny, something which triggered nationwide protests, it has signalled a tougher line.

Roskomnadzor, the state communications regulator, said in a statement that as of Wednesday there were more than 3,000 posts containing illegal content on Twitter, which it accused of ignoring its deletion requests for years.

Twitter is already under pressure in Russia after it was named as one of five social media platforms being sued for allegedly failing to delete posts urging children to take part in illegal protests, the Interfax news agency cited a Moscow court as saying on Tuesday.

The regulator did not mention content related to opposition protests in Wednesday’s statement, but referred to what it said was illegal content on Twitter containing child pornography, information about drug abuse and calls for minors to commit suicide.

“The slowing down will be applied to 100% of mobile devices and on 50% of non-mobile devices,” the regulator said.

“If (Twitter) continues to ignore the requirements of the law, the enforcement measures will be continued… (right up to blocking it),” the regulator said.

Vadim Subbotin, an official at the watchdog, said it was possible that the authorities could target and slow down other internet platforms if they failed to comply with the law, the Interfax news agency reported.

The Kremlin said there was no desire to block content but that companies had to abide by the law.

Parliament’s lower house in December backed big new fines on platforms that fail to delete banned content and other legislation that would allow them to be restricted if they “discriminate” against Russian media.

Some of those measures have spurred fears of China-style Internet curbs, but have only been partially successful.

Russia tried to ban the Telegram messenger service in 2018 for example, but proved technically unable to block the app and last year publicly lifted the ban.