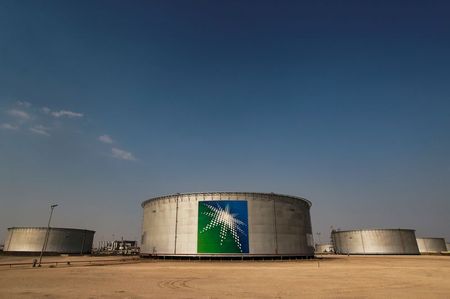 Aramco, the world’s largest oil company, raised the revolving credit facility in 2015 with a wide group of international and local banks.

That financing included two five-year loans, one in U.S. dollars and one in riyal, and two annually renewable one-year loans, also split between the two currencies.

Aramco, which declined to comment, last year extended the two five-year facilities by two years, pushing their maturities to March next year, according to a bond prospectus.

It is now planning to refinance the $10 billion revolving loans, two banking sources said, confirming a report by LPC, a fixed income news service that is part of Refinitiv.

“Rather than keep rolling it on a year basis, which is where it is right now, they’ll come and do a refinancing,” said one of the sources.

Aramco has recently agreed with banks to extend by a year a separate one-year $10 billion loan it raised in May last year, said one of the two banking sources.

It is also arranging a $10.5 billion loan for investors buying a stake in its oil pipeline business.

Aramco’s debt-to-equity ratio more than doubled to 55% in 2020 from a year before, it said last month, after the group kept a pledge to deliver a $75 billion dividend to support state coffers despite a slide in profits.