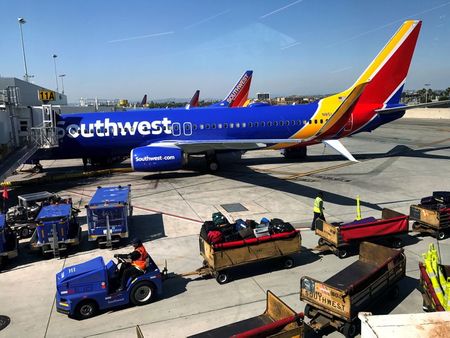 Kelly, 66, who became the CEO in 2004, has led Southwest through some of the airline industry’s most turbulent times including the coronavirus crisis that hammered travel demand.

As CEO, he spearheaded several initiatives, including the acquisition of AirTran Airways, the launch of international destinations for the first time in Southwest’s history, and the introduction of the Boeing 737 MAX 8 into the airline’s fleet, the company said.

Jordan, 60, joined the airline in 1988, and has served in roles including director of revenue accounting and corporate controller, among others. He will take charge effective Feb. 1, 2022.

Southwest’s shares fell about 1% in early trading. The stock has more than tripled in value during Kelly’s tenure.

(Reporting by Ankit Ajmera in Bengaluru; Editing by Sriraj Kalluvila)