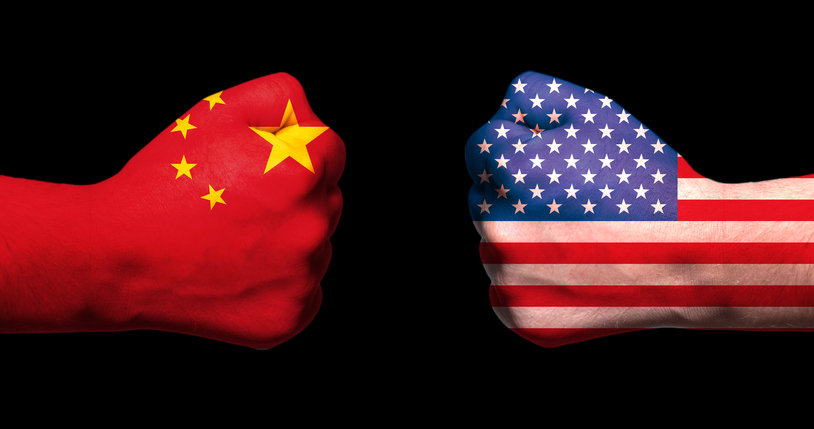 U.S.-China trade relations have been relatively smooth lately with the U.S. easing tariffs and China buying soybeans. Last week’s low-level talks even went well. There has even been a little optimism in the markets ahead of the early October higher-level negotiations.

All of that came to a screeching halt on Tuesday when Trump’s strong words regarding U.S.-China trade relations derailed the market’s early strength.

“Hopefully we can reach an agreement that will be beneficial for both countries. But as I have made very clear I will not accept a bad deal for the American people,” Trump said at the United Nations General Assembly in New York.

Investors seem to want to accept any deal at this point, but Trump continues to insist on not accepting a “bad deal”. To his credit, he has been consistent.

U.S. consumer confidence fell by the most in nine months in September, far more than expected, as Americans’ economic outlooks darkened in the face of the U.S.-China trade war, according to a private sector report released on Tuesday.

The Conference Board, an industry group, said its index of consumer attitudes fell to 125.1, from a downwardly revised 134.2 the month before. Traders were looking for a reading of 133.5.

“The escalation in trade and tariff tensions in late August appears to have rattled consumers,” Lynn Franco, Senior Director of Economic Indicators at The Conference Board, said in a statement.

Additionally, the expectations index, based on consumers’ short-term outlook for income, business and labor market conditions, declined to 95.8 in September from 106.4 last month.

The steep plunge in shares of Netflix since July continued to weigh on stock market sentiment as sellers drove the stock another 4% lower on Tuesday after several Wall Street analysts raised concern over the company’s earnings.

The company is expected to post its deepest quarterly decline in seven years after two analysts added to growing worries about an impending wave of competition from Walt Disney and other rivals.

Netflix has lost 30% since the end of June, and if that decline holds until Monday, it will have been the worst quarterly performance for the video streaming heavyweight’s shares since 2012.

Shares of Citigroup fell 2.4% while Bank of America and J.P. Morgan Chase both pulled back more than 1% after the benchmark 10-year yield fell to 1.637%. Lower yields tend to drive down bank profits, making their shares less-attractive investments.