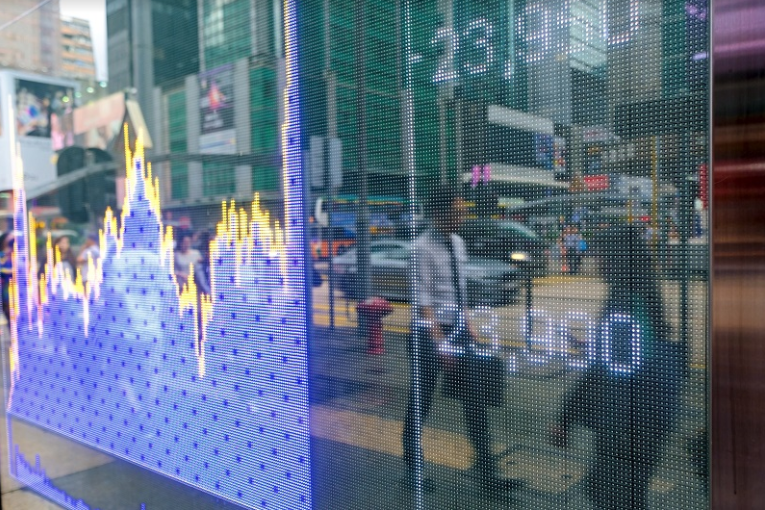 The U.S Futures Are Flat In Early Monday Trading

The U.S. futures are indicating a flat to slightly mixed open on Monday morning. The Dow Jones Industrial Average, S&P 500, and NASDAQ Composite are all hugging the flat-line with moves less than 0.25 points each. Traders are bracing for another big week and the possibility of market-moving news. On tap this week is a meeting of the FOMC and a big round of economic data. Also on tap is another 164 earnings reports from S&P 500 companies.

The earnings season has been good if without any major headlines. To date, 46% of the S&P 500 has reported with 77% of those beating estimates. The average S&P company is beating consensus by 5.3% which is above the long-running average. The bad news is that guidance has been overwhelmingly negative. Also of concern is a notable increase in margins attributable to tariffs and rising wages.

Rising wages will be a concern of the FOMC at their policy meeting this week. The U.S. Federal Reserve Board is not expected to alter policy but may alter their statement. The recent round of data shows economic stability with low inflation although there is some concern. Wage inflation is rising much faster than core-inflation and may bleed into other areas of the economy. Today’s PCE Price index shows core inflation rose at a tepid 0.1% MOM and 1.8% YOY.

The EU Markets Are Mixed As Positive Sentiment Fades

The EU equities markets were mixed at midday in Monday trading. A weaker than expected read on sentiment and surprise election results in Spain were weighing on prices. On the economic front, the EU Business and Consumer Survey, and the Business Climate Survey came in below expectations.

The Business and Consumer Survey has fallen for 10 straight months and is now at a 2-year low. The decline is due to a variety of factors including Brexit, trade relations, slowing global economies, and politics.

On the political front, a snap election in Spain produced some surprising results. The ruling socialist worker’s party won the election but did not secure enough seats to form a government on their own. Conversely, the ultra-right wing VOX party won 24 seats.

Ins stock news shares of Bayer fell to the bottom of the rankings after its annual shareholder meeting. The companies shareholders did not ratify the board’s decisions of 2018 which include the purchase of Monsanto. Monsanto is an agricultural chemical company while Bayer a pharma company. There have been questions as to why the deal was done.

Asian markets are firmly mixed on Monday following the strong GDP numbers from the U.S. on Friday. The Korean Kospi led the market with a gain of 1.70% on strength in Samsung. Samsung is expected to report earnings during the Tuesday session. The Hang Seng is the next biggest gainer with an advance of 0.97% while the Shanghai fell -0.77%. Caution is high in China as investors weight the possibility stimulus measures will be dialed back in the coming months. The Australian ASX fell -0.41%, the Japanese Nikkei is closed ten days for a national holiday.