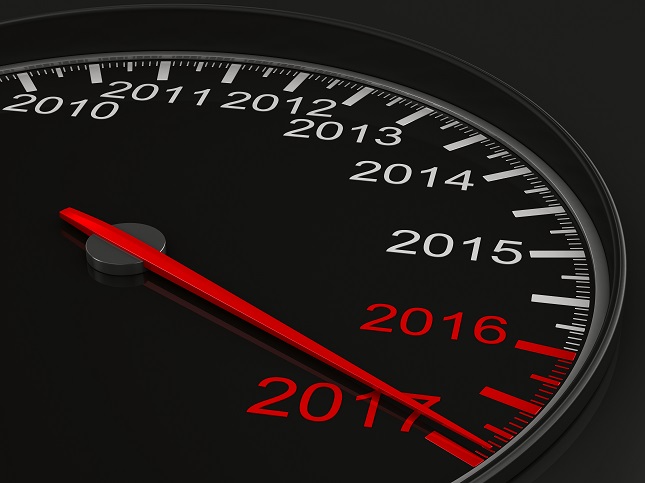 President Trump took a lot of heat during 2017, mostly because of his conduct and personality. Additionally, several critics focused on his failure to pass important bills, the number of regulations slashed and executive orders signed and whether he kept his campaign promises. From a financial market standpoint, however, investors can’t deny he’s been a positive influence on the markets.

Whether you want to give him credit or not, the stock market as measured by the Dow Jones Industrial Average finished up more than 5000 points since he took office. Additionally, gross domestic product growth was 3.3% in the third quarter (a strong performance when compared to President Obama’s barely 2.0% annual performance).

Additionally, with his help, the Republican-led House of Representatives and Senate, passed the most sweeping tax overhaul bill in 30 years. This bill could lead to further economic growth in 2018 because it slashed the corporate tax rate by 14% and will give most Americans, over a few years, a bump in their paycheck.

In September, in a speech in Florence, May said that the U.K. will honour its financial commitments to the European Union while seeking a two-year transition period. She also reiterated the Government’s stance that the U.K. will be leaving the single market and customs union.

In early December, the U.K. and the European Union reached a significant milestone in their pursuit of a Brexit deal, breaking a deadlock that allows talks to move on to a crucial second phase.

The year ended with conflicting feeling about the progress being made on Brexit with PM Theresa May saying the Brexit deal is “good news” for all voters but some politicians saying that she is making a total mess of Brexit.

Throughout 2017, North Korea conducted a series of ballistic missile tests, despite constant criticism from the U.S. as well as additional trade sanctions. Making progress with each ballistic test, North Korea, on November 29 successfully tested a new type of intercontinental ballistic missile, topped with a “super-large heavy warhead,” which is capable of striking the U.S. mainland.

The initial ballistic tests triggered a flight to safety rallies in gold and the Japanese Yen while encouraging the selling of higher-yielding assets. With each successive test, however, the market’s response became increasingly diminished.

The year came to an end with the UN Security Council responding by adopting a new set of severe US-drafted sanctions. North Korea called those sanctions “an act of war” and said the U.S. and other nations that supported the strict restrictions will pay a heavy price.

At the end of the year, North Korea said it will remain committed to the country’s nuclear development in 2018, according to a report released on December 30 by state-run news agency KCNA.

“Do not expect any change in its policy,” the report read.

The popular cryptocurrency Bitcoin began the year with a price of just under $1,000, by December it had reached a speculative-led high of nearly $20,000. Throughout the year, critics of Bitcoin voiced negative opinions about the coin with several calling it a “bubble”. One critic, billionaire Mark Cuban stated the Bitcoin is a bubble that would collapse but still backed blockchain technology, stating it would be the future.

Despite many negative events throughout the year including tough regulations by the Chinese Government, numerous hacks and exchange glitches, Bitcoin was finally recognized by the financial community when futures trading on the Bitcoin began in December. Despite its popularity among speculators, Bitcoin will begin 2018 facing competition from several other popular cryptocurrencies.