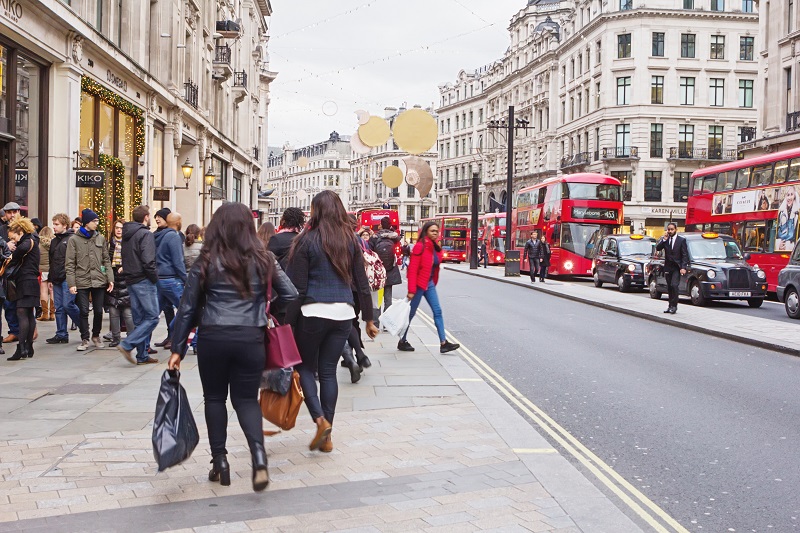 Data from the UK saw the release of the inflation figures. Consumer prices in the UK were seen rising at a slower than expected pace of 2.4%. The median forecasts expected a print of 2.6%. Core inflation was also seen slowing, rising at a pace of 1.9%.

The UK’s retail sales figures dropped unexpectedly in June. Sales declined by 0.5% in June compared to a growth of 1.4% in May. YoY Retail sales grew by 2.9, below analysts expectation of 3.7%. Pound hits a 10-month low near 1.30 versus the US dollar.

Data from the U.S. showed that building permits increased 1.27 million missing estimates of 1.33 million while housing starts also moderated at a pace of 1.17 million.

Earlier in the day, Australia’s jobs report showed that the unemployment rate held steady at 5.4%. The employment change surged, rising 50.9k during the month, beating estimates of 16.7k.

In the U.S. trading session, the Philly Fed Manufacturing index is expected to rise to 21.6. FOMC member Quarles will be speaking later in the afternoon.

EURUSD (1.1650): The common currency was seen falling to intraday lows of 1.1606 before recovering toward the end of the day. The EURUSD closed on a bearish note and the consolidation near the 1.1606 level continues. The main resistance level is seen at 1.1730 and the currency pair is expected to maintain its range within these levels. A breakout above 1.1730 resistance could signal near term gains toward 1.1846 – 1.1824 in the short term.

USDJPY (112.71): The USDJPY currency pair was seen easing back following the rally toward the 113.11 handle. Price action on the daily chart closed with a doji which comes near the top end of the rally. A bearish close today could potentially signal a near term pull back in prices. Support at 112.28 remains the key level of interest in the short term. A breakout below this level could signal further declines to the next main support level seen at 111.13.

XAUUSD (1224.43): Gold prices were seen extending the losses on the day as price action fell just short of the 1219.74 level of support. Despite pulling back to close the day flat, early trading today suggests a renewed decline in price action. The Stochastics on the 4-hour chart indicates a higher low which could signal a near term rally to the upside. Gold prices are expected to pull back toward 1242.25 level where resistance is likely to keep a lid on the gains.