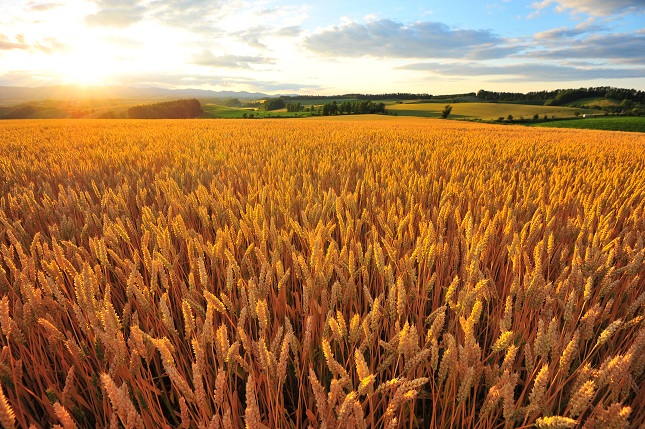 Wheat is trading positive on Thursday as the IGC cut crops forecast for the 2019-2020 season. Corn is trading slightly up, while soybeans are declining. Sugar is negative amid improved weather in India.

The International Grains Council is now expecting a weaker production of grains in the 2019-2020 seasons following hard planting conditions and weather around the world.

According to the IGC, wheat crop production for the next marketing year will be of 763 million tonnes, 6 million tonnes lower than previously expected.

Soybean global production is now expected to be 348 million tonnes, slightly below the previous forecast of 349 million.

Wheat is trading positive for the second straight day on Thursday as investors are digesting news about cutting production forecasts for the next marketing year.

After performing a Doji daily candle on Tuesday, and a bullish confirmation day on Wednesday, wheat is extending gains on Thursday with the unit testing the 20-day moving average at 5.040.

Currently, wheat is trading at 5.010, 1.10% positive on the day. Technical conditions suggest a short term positive outlook for the grain. Next resistance is at the mentioned 5.040. Above there, 5.100 and 5.200 are the northern frontiers.

To the downside, 4.800 supports the upside, so a break below that level would open the door for a decline to 4.700.

Corn is trading flat on Thursday as the unit remains trapped by a small range between 4.150 and 4.200. It seems the grain is performing a consolidation pattern after the declining performed from 4.500 since July 15.

Technical conditions suggest that prices of corn are weak and traders can expect more declines. Next supports are at 4.130, 4.060, and 4.000.

Prices of soybeans are moving down on Thursday as the unit failed to keep levels above 8.900 earlier on the day.