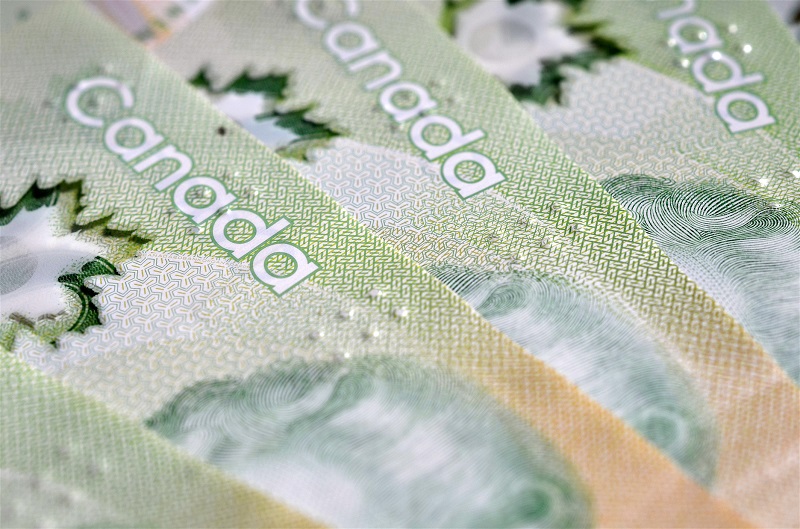 Any signs of recovery were hammered on July 20 when the pairing fell 140 pips on news that Canada’s May retail sales had shot up 2%, rather than the forecast 1.1%. Recent comments by US President Donald Trump about his disdain for domestic interest rate hikes have also put pressure on the US Dollar.

But are we seeing an end to the USD/CAD upward momentum, or is this simply a slight pullback before the chart begins moving north again? The answer will likely be determined more by what Mr. Trump and the US is doing, rather than anything happening in Canada. That’s not a dig at Canada, more a reflection of the importance of the US dollar to all world markets.

The Canadian dollar, steady as she goes

The Canadians are widely seen as being dependable folk, and their currency is also regarded as one of the world’s most stable, traded by long-term investors and intraday traders in large numbers. Interest has increased locally because residents now benefit from using brokers with $1 million protection offered by the Canadian Investor Protection Fund (CIPF), which pays out if a broker goes belly up.

Because the Canadian dollar is the fifth most commonly held currency, it usually does not show the sort of hair-raising price volatility that befalls smaller currencies. But that’s not to say traders can’t take advantage. Intraday corrections come thick and fast on the back of regular scheduled economic news announcements, just like the Retail Sales one on Friday, July 20. This is a monthly statistic, along with Labour Force Survey (Canada’s employment figures), Consumer Price Index and Industrial Price Index. Traders also eagerly await the quarterly Gross Domestic Product figures.

But it’s commodity prices that have a huge impact on the Canadian dollar. The country relies heavily on its natural resources of oil, lumber and natural gas, and exports much of this abroad. This means that not only is foreign demand a pressure factor, but also the price of crude oil itself. When the price of crude slumped from US$105 to US$45 in 2014/15, Canada’s economy took a hit, sending it into a downturn for the first time in years. It’s often said that commodity prices, especially oil, have a greater influence on the Canadian dollar than economic news, and it’s no great surprise given the country’s reliance on its natural resources. Oil prices rise since the beginning of 2018 which helped the Canadain dollar to remain strong versus the greenback and other currencies. As long as oil prices rise, the Canadian dollar might be a correct position.

For the long-term investor, most of these volatility factors (economic news and the price of crude oil, for example) can be exploited by riding on the back of a long-term trend. But as we’ve seen, in a currency pairing like USD/CAD it takes two to tango. And when you’re dance partner is the US, it tends to take the lead.

The US dollar is subject to volatility like any other currency, with changes to supply and demand, commodity prices and regular economic data all pushing or pulling the price up or down. As the most traded currency in the world, second-guessing which way the USD will go has become an art form. But now there is a new factor influencing the currency’s fortunes, and it’s one that is becoming rather hard to predict.

Step forward Donald Trump, the US President whose habit of speaking his mind often has ripple effects in the markets. While his imposition of trade tariffs with the European Union, Canada and China buoyed sentiment, the currency dropped when he openly questioned the Fed’s policy of interest rate hikes, suggesting it was keeping the dollar too high. Mr. Trump wants a lower dollar, making it cheaper for the US to do business abroad. And if there’s one thing we’ve come to learn about Mr. Trump, it’s that he likes to get what he wants.

With all this variance and the unpredictability of looming trade wars, Brexit and maybe a currency war, too, how can you call what the future movement of the USD/CAD pairing will be? You can certainly look at our own financial market forecasts and analysis, but your willingness to jump in might be influenced by your desire to try to cash in on short-term movements or to hang in there for the long term.

As we’ve seen, the long-term trend for USD/CAD is bullish. The USD has been consistently strong, while the Canadian dollar less so. If you believe Mr. Trump won’t have any influence on the Federal Reserve’s decision making on interest rates, which he really shouldn’t as its meant to be impartial to political interference, then interest rates will continue on an upward curve, which in turn will keep the US dollar high. However, even Mr. Trump talking about interest rates has brought a dollar price correction, and any hint that the Fed might actually shift policy might make the dollar price fall further.

What is clear is that the Canadian economy is going through a purple patch. While retail sales are up, so too is inflation, with the figure at a six-year high of 2.5% in June, fuelled by increasing gas costs. What that means is the possibility of another increase in interest rates, which would drive up the Canadian dollar, and potentially drive down the USD/CAD, but only if the US dollar continues to weaken.

So, with all things considered, and without a crystal ball to give you the answer, the best bet might well be to follow the long-term trend and go long on USD/CAD. But intraday traders can lick their lips at short-term volatility, so long as they’re on the right side of any correction. Following Mr. Trump on Twitter now seems as important as watching out for key financial news, and it’s probably a lot more entertaining.