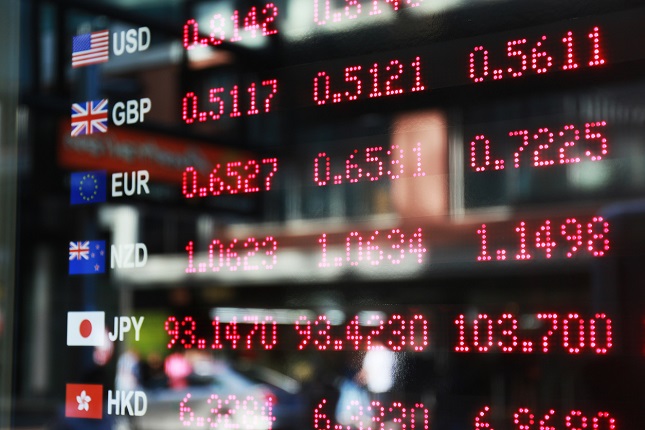 The Trend is always a Trader’s Friend

USDJPY – Dollar Yen has been locked in a sideways action for most of the last three weeks between a top capped by the 50.0 Fibonacci and September high at 108.50 and a floor at 107.00. Wednesday’s move down below the 20-day moving average also breached the flat-lining 50-day moving average and was another attempt to test the 107.00 low. A breach of this level would test the 23.6 Fibonacci level and S2 at 106.00, the September low at 105.75 and the August low and key psychological 105.00. A breach and hold of 108.50 could then test the 200-day moving average at 109.00 and the 61.8 Fibonacci level. The Oscillators remain neutral but bias is to the downside in the higher timeframe weekly and monthly charts.

EURJPY – The Euro continues to be buffeted by continued weak economic data, the uncertainty that still swirls around Brexit and now the Trade War comes to Europe as the WTO backs the US and the imposition of tariffs on $7.5bn of goods it imports from the EU. The pair broke under the 20 SMA September 23, stalling at 118.00 and the 50.0 Fibonacci level before moving lower again yesterday to the 61.8 Fibonacci level. 117.00 represents the next support and the 116.00 September low. A significant reversal over 118.50 is required if the pair is to test 120.00 and the September high. The Oscillators remain negative and the bias is to the downside in the higher timeframe weekly and monthly charts.

GBPJPY – Sterling, as I have written many times in the last 40 months, remains firmly locked in the claws of Brexit fear, uncertainty and doubt and if it’s one thing that markets hate above all else it is FUD. GBPJPY the “widow-maker” moved below the 20 SMA and 50-day moving average September 27 stalling at 132.50 and the 38.2 Fibonacci level before moving lower again on Wednesday to test the S1 level at 131.50. Today the pair has recovered 132.50. 131.00 and the 50.0 Fibonacci level is the next support area, with the 61.8 Fibonacci at 130.00. The September low breached 127.00. A reversal over 133.50 is required if the pair is to test over 135.00 and the September high. The Oscillators are negative and the bias in the higher timeframes is mixed with the weekly chart positive and the monthly chart still negative.

AUDJPY – Action recently from the RBA has seen the Aussie depreciate significantly, with the AUDUSD posting a new more than 10-year low this week at 0.6670. AUDJPY, a proxy for China’s economic resilience and wider Asian economic performance, moved under the 20 SMA September 20, spending 6 days supported at 72.75 and the 38.2 Fibonacci level before moving lower on Tuesday under 72.00 to test the 61.8 Fibonacci at 71.67, below that is the floor of the recent consolidation zone at 70.75. The Oscillators remain negative and the bias in the higher timeframes is mixed with the weekly chart positive and the monthly chart still negative.

CAD, CHF & NZD Yen crosses also all remain below the key 20 SMA, having broken below on October 2, September 30 and September 19, respectively.

As Q419 completes its first week the Japanese Yen remains in demand as economic data continues to underwhelm, the “R” word (Recession) appears in the literature more frequently and the spectre of the inverted yield curve persists.