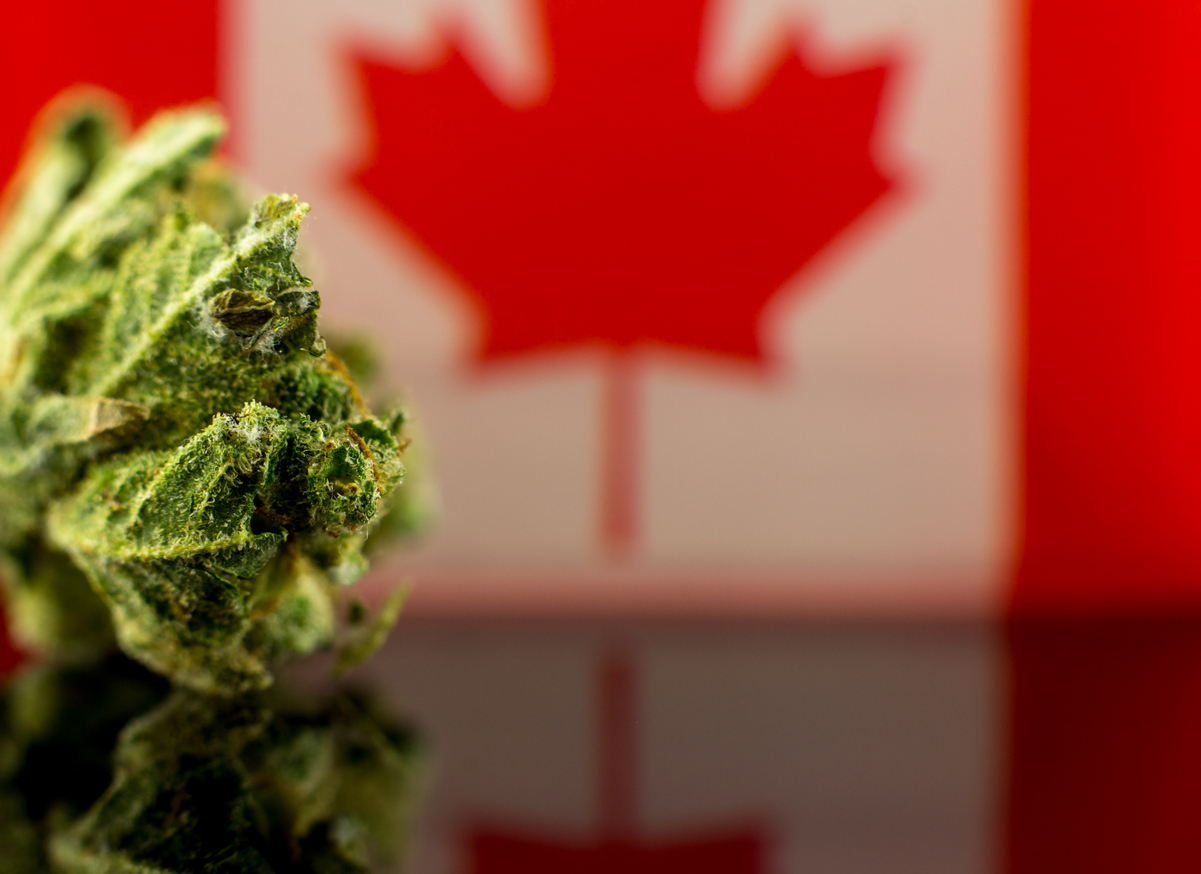 Pension funds are getting exposure to Canadian cannabis producers

In 2018, the AP7 Swedish fund bought the shares of Canopy Growth (WEED CN) and Aurora (ACB CN) for about 63 million Swedish crowns (~ $7 million). The main reason is that these stocks were included in the MSCI All Country World Index (ACWI). This does not happen only in Sweden. Last year cannabis producers were acquired by Canadian and US pension funds, in particular, Canada’s Public Sector Pension Investment Board (PSP) and the California Public Employees Retirement System (CalPERS).

It is quite gratifying to note that pension funds are diversifying their portfolios by the producers of “Herb”. I believe this suggests that more and more investment managers in the world (even conservative ones like pension funds) come to believe in the idea of “Cannabis”. I think that, apart from the inclusion in MSCI ACWI, the legalization of cannabis in Canada also played a significant role.

Many companies continue to expand into export markets, in particular, European markets. Canopy Growth recently announced that they had completed the purchase of Cafina, a certified Spanish manufacturer. In my opinion, this asset will allow the company to strengthen positions in the EU. After all, Canopy already has facilities in Denmark and Germany.

In particular, Aurora recently announced that they had expanded the product growing areas from 1.3 million to 1.62 million square feet (+25%). Theoretically, this will increase the company’s annual productivity to 230 thousand kg, making Aurora one of the leaders of the industry along with Canopy Growth.

It has been reported recently that CannTrust (TRST CN) also had similar progress. The company made an announcement on the purchase of large areas for the cultivation of cannabis. The company has acquired 81 acres of land (about 33 hectares) and plans to purchase a total of about 200 acres (81 hectares), which would allow increasing the production capacities to 300 thousand kg per year.

The sector continues to grow and develop. An important factor is that most companies are already listed at the New York Stock Exchange. The recent pullback, in my opinion, has more to do with technical factors rather than fundamental ones.

Besides, the market’s expectations were probably over-inflated. This factor clearly illustrates the fall of CannTrust, which is explained by the fact that the Net loss was below the consensus. The company will report on the first quarter of 2019 on May 15. I am looking forward to it.

From early 2019 to about mid-March, single stocks showed quite impressive growth, in particular, CannTrust and Organigram doubled their market cap; Canopy Growth and Aurora grew by 70%, and Aleafa by 60%… It was followed by a completely natural correction. I have to repeat that the correction was more of a technical rather than fundamental nature.

Although it is impossible to predict everything, I believe that the downtrend will hardly last long. I still believe that this sector has great growth potential. CannTrust, Organigram, Canopy Growth, and Aurora are still my favorites. Small manufacturers like Aleafia and Wayland, which may be pulled up with the sector. 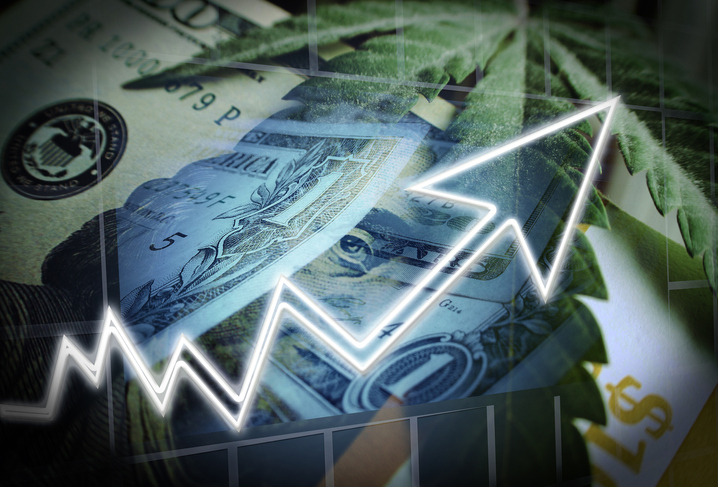 I am still convinced that the cannabis industry is nothing less than a new economy rather than just another bubble. What is equally important, it is a very actively growing economy that looks for ways for rapid expansion.

Let us recall that after the official legalization in Canada in October, the stocks of ‘plant growers’ sank. “Buy the rumor, sell the fact” came into play. The depth of correction was quite strong, which, I have to confess, was a surprise for me.

Interestingly, January was marked by return to growth, and some people managed to partially (some even completely) recover from October. Today I would like to focus on a few points concerning individual names and the field on the whole.

What are the triggers for the future growth of companies in the field?

Increased risk appetite. It feels like the ‘green’ stocks bounced back after the correction that took place in early February. Recently, stock prices have grown at a decent pace, which, in my opinion, was due to several reasons. First, the general market, on the whole, is in a positive mood. Secondly, investors’ risk appetite is likely to increase against this background.

Growth in the sales of therapeutic ‘plants’ in Canada. Many believe that the first results of the sales are disappointing. Excuse me, gentlemen, only a few months have passed since the legalization and if anybody was waiting for fantastic sales right away, that was a mistake. I wrote about these overstated expectations, as well as the risks of this field back in May. I assume that we will observe a real sales’ growth in Canada in the 1st-2nd quarters of 2019.

Development of export destinations. Many companies expand into international markets. CannTrust, Canopy and others supply the medical ‘plant’ to Europe and Australia. The growth of cultivation capacity will lead to a growth in export flows. Moreover, we should keep in mind that the cost of the product in Europe is significantly higher than in Canada.

Cooperation with related fields. According to some estimates, due to legalization, the companies that produce ‘appetite supporting products’ will be able to attract some of the alcohol producers’ clients. I have to note that alcohol producers are aware of the danger of losing some part of their consumers and are down to taking certain actions. For example, the company Constellation Brand has increased its stake in Canopy Growth to 40%. I do not exclude that the transaction activity of M&A in this field may grow further, which implies that larger players will swallow up the smaller ones. The goal of the larger ones is obvious: they plan to scale up their business. I do not exclude that the activity of large funds may grow and they will probably want to increase their stake in the market leaders of this dynamically growing sector. In this regard, medium-sized companies ($ 1.0 – 1.5 billion) will be in the spotlight. There is also a possibility that two average performers will merge with a view to confronting leading players. In addition, sensing a competitor in the market of sedative agents, alcohol producers and pharmaceutical companies may also be active in this field.

NYSE listing. A lot of Canadian cannabis producers are musing about and planning to be listed in New York, which would be quite favorable for their stocks. With all due respect for Canada, there is more liquidity and a “higher quality” of investors in the United States.

In anticipation of reports

Several companies, in particular, Aleafia (ALEF, March 4), HEXO (HEXO, March 13) and CannTrust (TRST, March 29) are expected to publish financial reports in March. Organirgam (OGI) and Canopy Growth (WEED) have already published reports. In general, the results were received quite favorably in the market. I do not exclude that the situation may repeat itself in one form or another in March.

The ‘green meadows’ are going to be quite interesting in the near future. The field continues to grow. At the same time, the stocks of ‘plant growers’ are still quite volatile, and there is a possibility of dips, possibly strong ones. Such dips allow me to plan for a cheaper buyback.

I keep a positive view on the sector. Use temporary dips in stocks to increase and average your position. No fanaticism, please.

I expect a significant improvement in companies’ financial indicators and an increase in stock prices and continue to hold stocks of companies such as TRST, ALEF, HEXO, OGI and EMC in expectation of significant mergers.