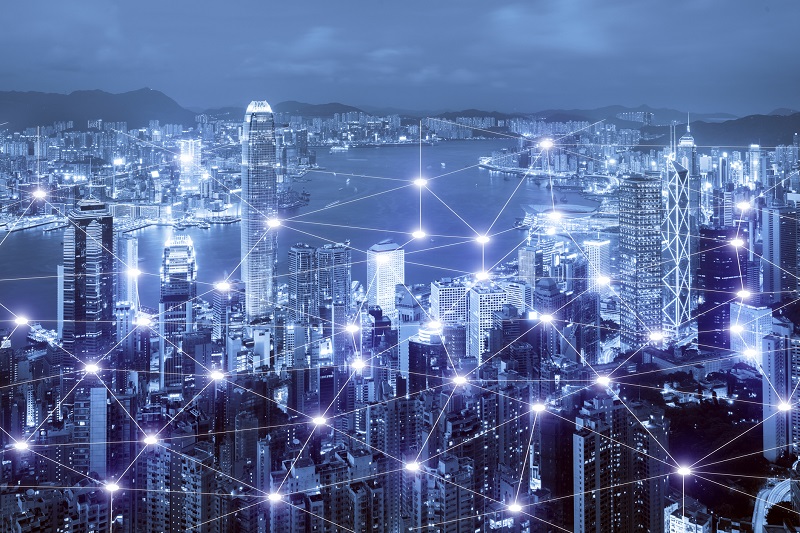 Internet of Things (IoT) is here to stay because big data is the future of business and IoT provides a seamless way to gather this data. IoT simply refers to billions of devices connected to the Internet, assigned IP addresses to actively collect and share data. IoT can effectively transform otherwise “dumb” devices into smart devices that could take part in both machine-to-machine communications and machine-to-human communications for a seamless merger of digital and physical words.

Analysts at Gartner expect that the IoT industry will continue to grow and the number of IoT devices in use will reach 20.4 billion by 2020. The analysts also noted that total spending on IoT endpoints and services will reach $2.9 trillion by 2020. Interestingly, getting consumers to ditch their current devices in favor IoT enabled devices still appears to be an uphill task. This piece provides insight into how blockchain could facilitate the faster adoption of IoT in the mass market.

The platform wars in IoT

In mobile technology, the war of platforms is predominantly between Apple’s (NASDAQ:AAPL) iOS and Google (NASDAQ:GOOGL)’s Android OS. In the desktop, the platform battle is predominantly between Microsoft Corporations (NASDAQ:MSFT) Windows and Apple’s MacOS. In gaming, there’s an ongoing platform war between Microsoft’s Xbox and Sony’s PlayStation.

Interestingly, in the IoT segment, there are many different platforms – the likes of IBM, Microsoft, GE, Bosch, Siemens and hundreds of emergent start-ups are trying to build the market-leading IoT platform.

Unfortunately, the fragmented nature of the IoT platform market also makes it hard for OEMs (original equipment manufacturer) to know which platform would make the best business sense for IoT integration with their devices. The current conundrum of the IoT platform wars is that OEMs don’t want to build devices for a platform that doesn’t have any existing users. The fact that OEMs are cautious about pitching their tent on a platform that doesn’t have users also means that IoT devices aren’t being produced as fast as one would have imagined.

Blockchain technology in practical terms is a decentralized network on which users can transfer unique pieces of digital property to other users with the guarantee that the transfer is secure, visible to everybody on the network, and such that the legitimacy of the transfer cannot be challenged. Blockchain technology could encourage data-sharing that would facilitate the mainstream adoption of IoT systems.

A blockchain-based platform could be open sourced, making it easy for all OEMs to build devices that can be integrated to function in an IoT marketplace without being forced to adopt a protocol from any single platform. For instance, blockchain-based IOTW is a platform trying to transform all IoT devices into micro-mining rigs for the cryptocurrency. Many of the existing devices are being retroactively outfitted with IoT capabilities. However, these devices often end up running outdated software that requires consistent manual patches and upgrades.

With IOTW, users don’t need to buy new hardware or commit to repetitive software upgrades on their existing devices. All that is required for existing devices to connect to the IOTW ecosystem is a firmware upgrade from an open SDK solution. Interestingly, once the device is turned on, it will serve the dual purpose of participating in an IoT marketplace and mining cryptocurrencies without any significant increase in power consumption.

More interesting is the fact that IoT device owners will be rewarded with IOTW coins for participating in its data marketplace. The coins can then be used to buy media content, services, or goods in open markets. Device owners can also leverage the coins to pay for services or spare parts on their devices. The IOTW is based on the Ethereum platform and can be exchanged with Ether coins.

While most IoT companies come out with promises of how they intend to take over the world with their futuristic projects; investors can look at opportunities to make short, medium, and long-term plays. Below are 2 IoT stocks to add to your watchlist as we head into Q4 2018.

Intel Corporation (NASDAQ:INTL), is the second largest and highest valued semiconductor and chipmaker in the world. Intel has a strong footprint in the global IoT market, having unveiled its IoT platform for coordinating and managing the security and connectivity of connected devices in 2014. Over the last three years, Intel has worked with some of the largest tech firms to integrate Intel IoT platform with open standards for increased interoperability.

In the last three year since launching its IoT division, the shares of Intel have climbed by 74.31% and its quarterly revenue has surged 17.26% as seen in the chart above. In Q2 2018, Intel reported earnings of $1.04 per share on revenue of $16.96B. The reported top and bottom line did outperform the consensus analysts’ estimate of earnings of $0.96 per share on earnings of $16.77B. For what it’s worth, Intel has consistently delivered a positive surprise on price and EPS estimates in the last three quarters.

Texas Instrument Incorporated (NASDAQ:TXN) is another major stakeholder in the global IoT market. In 2014, Texas Instruments cemented its presence in the IoT space when it introduced its Internet of Things (IoT) ecosystem for third-party cloud providers to enable devices manufacturers to use it’s TI technology to connect to the IoT more easily and rapidly. By leveraging Texas Instruments’ processors, a microcontroller (MCU), and wireless connectivity solutions; companies such as LogMeIn, IBM, Spark, Thingsquare, ARM, 2lemetry, and ARM have been able to launch a wide cross-section of IoT solutions across multiple sectors.

In the last 4 years of launching its IoT ecosystem, the shares price of Texas Instruments has surged by 147% and its quarterly revenue has increased by 14.74% in the same period as seen in the chart above. In Q2 2018, Texas Instruments reported earnings per share of $1.40 on revenue of $4.02 billion to beat the consensus analyst estimate of earnings of $1.30 per share on revenue of $3.96 billion. It is also important to note that Texas Instruments has consistently delivered a positive surprise on price and EPS estimates in the last three quarters.