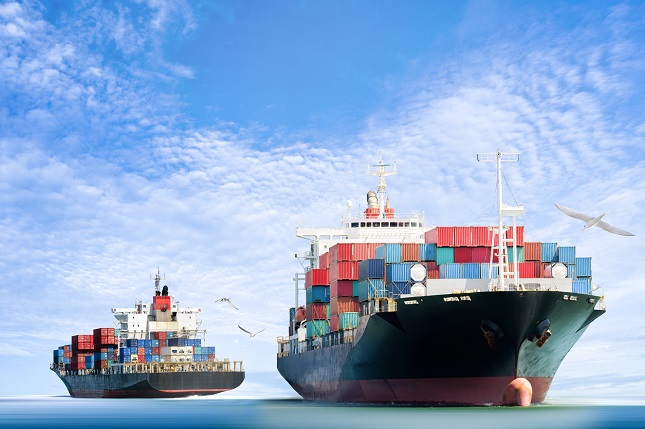 This summary highlights futures positions and changes made by speculators such as hedge funds and CTA’s across 24 major commodity futures up until last Tuesday, September 8. The week covered the first major US stock market correction since the March pandemic low. The risk off spread to the other sectors with the dollar rising by 1.2% while the Bloomberg Commodity Index dropped by 3% with heavy losses seen across the energy sector.

Responding to these developments, hedge funds were selective in their approach to the different sectors. A major reduction in bullish bets on crude oil and fuel products was somewhat off-set by the continued buying of several agriculture commodities, most noticeable soybeans, corn and coffee. Overall the net long across 24 major commodity futures was reduced for the first time in 12 weeks by 8% to 1.8 million lots. 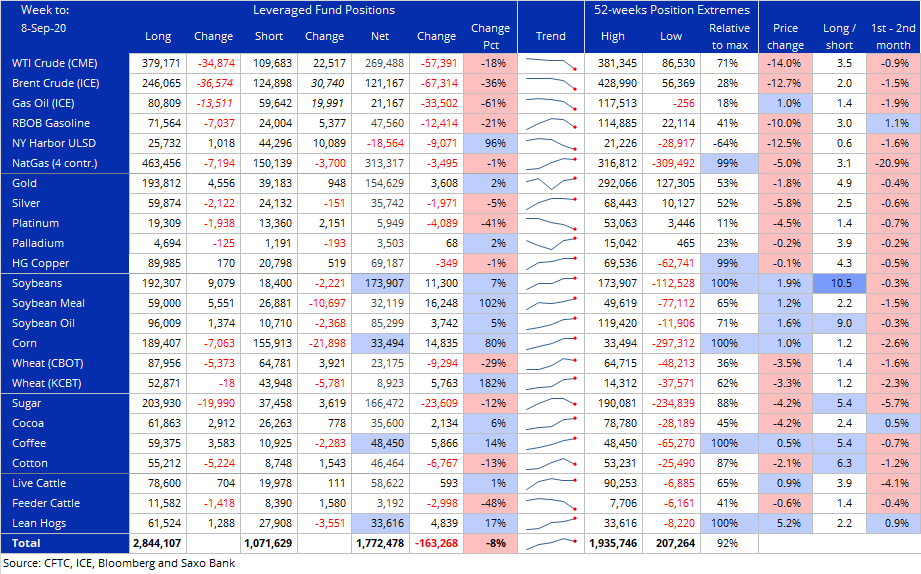 A 13% price drop in the week to September 8 saw funds reduce the combined net-long in Brent and WTI by one-quarter to 390,655 lots, the lowest since April. Short-selling on both contracts jumped with the gross short in WTI reaching 109,683 lots, a level last seen before the historic price crash in late April.

Many speculators react mostly to price developments without too much focus on underlying fundamentals. On that basis, a break below the uptrend from June was required before the price finally moved lower to bring it more in line with weakening fundamentals.

The recovery in global energy demand continues to show signs of stalling. Many countries around the world, especially in Europe and Asia, are now in the midst of a second wave of coronavirus. As a result, the recovery in fuel demand has stalled with work-from-home and the lack of leisure and business travel – both signs that it will take longer than anticipated to get back to the pre-virus level of energy consumption.

A quiet week in metals despite stock market weakness and the stronger dollar. Gold bulls added 2% to their net long while silver saw a 5% reduction in response to a near 6% drop in the price. One note of interest was the 41% reduction in the platinum net long to just 6k lots, not far from the April low.

This just before the WPIC in their quarterly outlook changed their 2020 outlook from a surplus to a deficit, citing Covid-19 impact on supply from South Africa and increased investment demand for hard assets.  HG Copper had a quiet week with no change in either the price or the net long which remains elevated near a two-year high.

The grain sector continued to see strong demand for beans and corn while CBOT wheat longs were scaled back ahead of a monthly report from the U.S. Department of Agriculture on Friday. The combined long in the three major crops reached 231k lots compared with a five-year average short of 143k lots.

The grain sector has seen strong gains during the past month as U.S. weather concerns and strong Chinese demand all having helped create a bullish backdrop. The World Agriculture Supply and Demand Report on Friday confirmed the bullish outlook for corn and not least soybeans which reached the highest level since December 2017, corn finished higher while wheat dropped.

Soft commodities were mixed with the ethanol link to crude oil driving a 12% reduction in the sugar long while cocoa and coffee continued to be bought. The Arabica coffee long reached a near four year high at 48,450 lots.